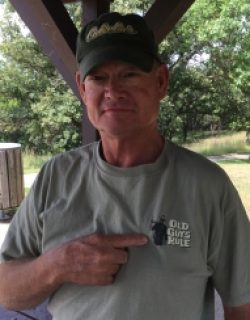 My condolences to the entire Brodahl family. John and I were friends, roommates and fraternity brothers at Kearney State College in 1968/69. Myself and others recognized John as a man with great character. I admired him greatly because he was so totally focused on his goal of becoming a DVM. I recall many Friday evenings when John went to the library to study, while most of us spent our evenings in less fruitful ways. We hunted together as well and he was never concerned if we returned empty handed.....he simply enjoyed being outdoors and with nature.

Very sorry for your loss. Thinking of you and your families at this difficult time!

Please accept our sympathies. John will be missed.

Katie, My thoughts and prayers are with your family during this time of great loss. I pray that God wraps you in the shelter of his arms and brings you some comfort in knowing that your beloved father is sitting with the Almighty Father.

Dear Brodahl Family;So sorry for your loss! May the good Lord help you through this difficult time. You are in our thoughts and prayers!

To the family of John: We are deeply sorry for your loss. We had John for our Vet. for many years while we had livestock and later for pets. He was a wonderful man and will be missed by so many. Janette and Allie probably remember Janis best because of the raspberries but suppose the others got to share with the DQ ice cream and berries. Let your memories bring you smiles, your family and friends give you comfort and God grant you peace.With our sympathy and love. Janis and LeRoy

YOU have fought a good Christian fight John. May the Good Lord reward You. My PRAYERS for you Jeannette and family.