History of the Stokely Funeral Home

The current location of the Stokely Funeral Home has a colorful history. On the corner was Thompson Brothers Drug Store, established in 1887. C.A. Bernhardt Barber Shop started to the west in 1892. Kase Harness Shop was located in the east part of the building for some time. Hugo’s Sheet Metal and Plumbing House was located next to it in the early 1900s. In the spring of 1913, Bethscheiders Photography Shop opened above the Thompson Brothers Drug Store. In the 1930s, the east part of the building became Beckenhauers Law Office. To the west, Emile Vogeltance had a grocery store for a while, and to the east, Dr. Hampton, an eye doctor, had an office upstairs.

In 2006, Stokely Funeral Home purchased the former Coprata Pharmacy building in Dodge, Nebraska. The building held the Emporium business when purchased and was renovated to be available for viewing and small visitations. Both locations offer their surrounding communities full funeral services from the staff of Stokely Funeral Home in West Point. 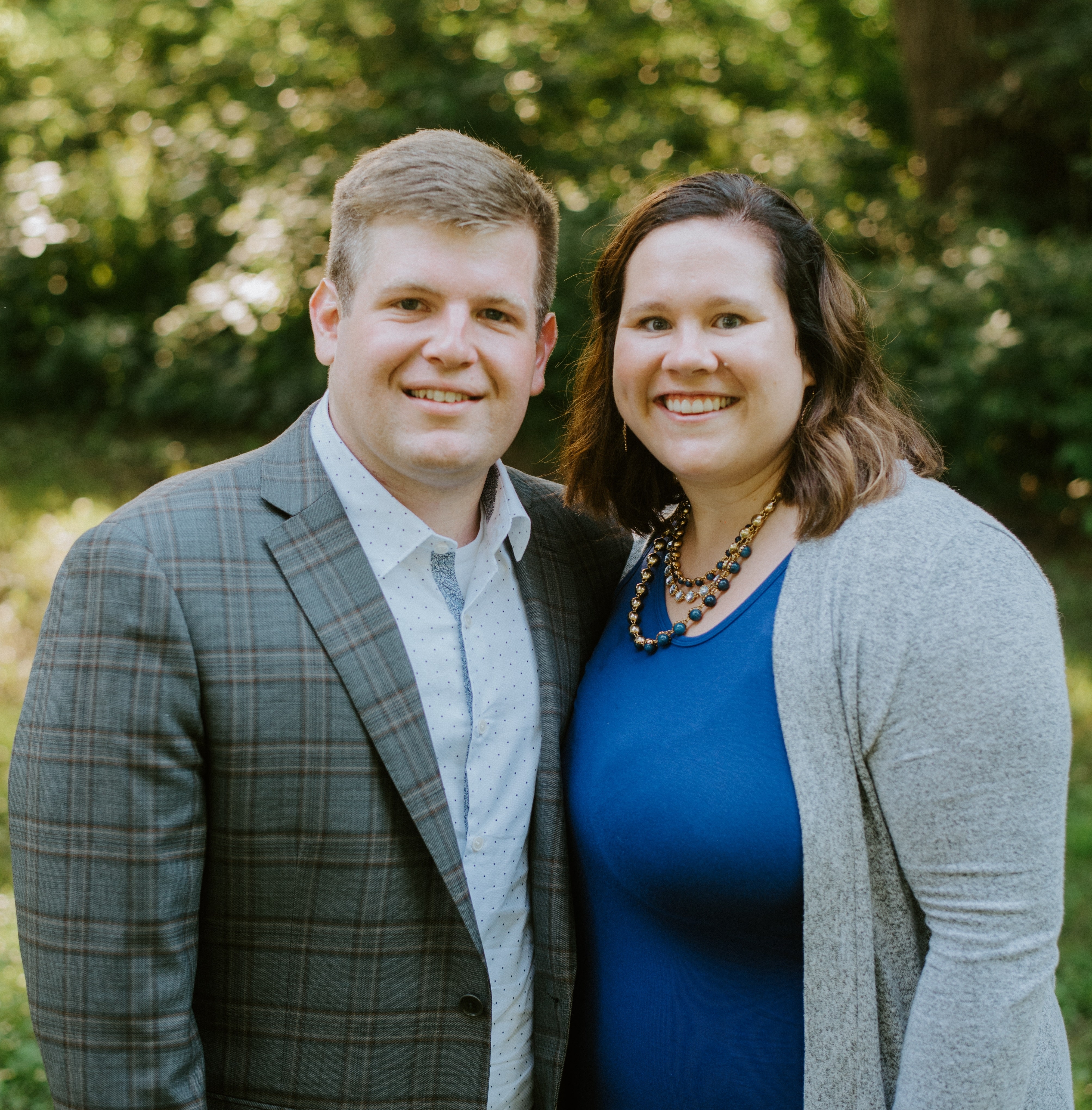 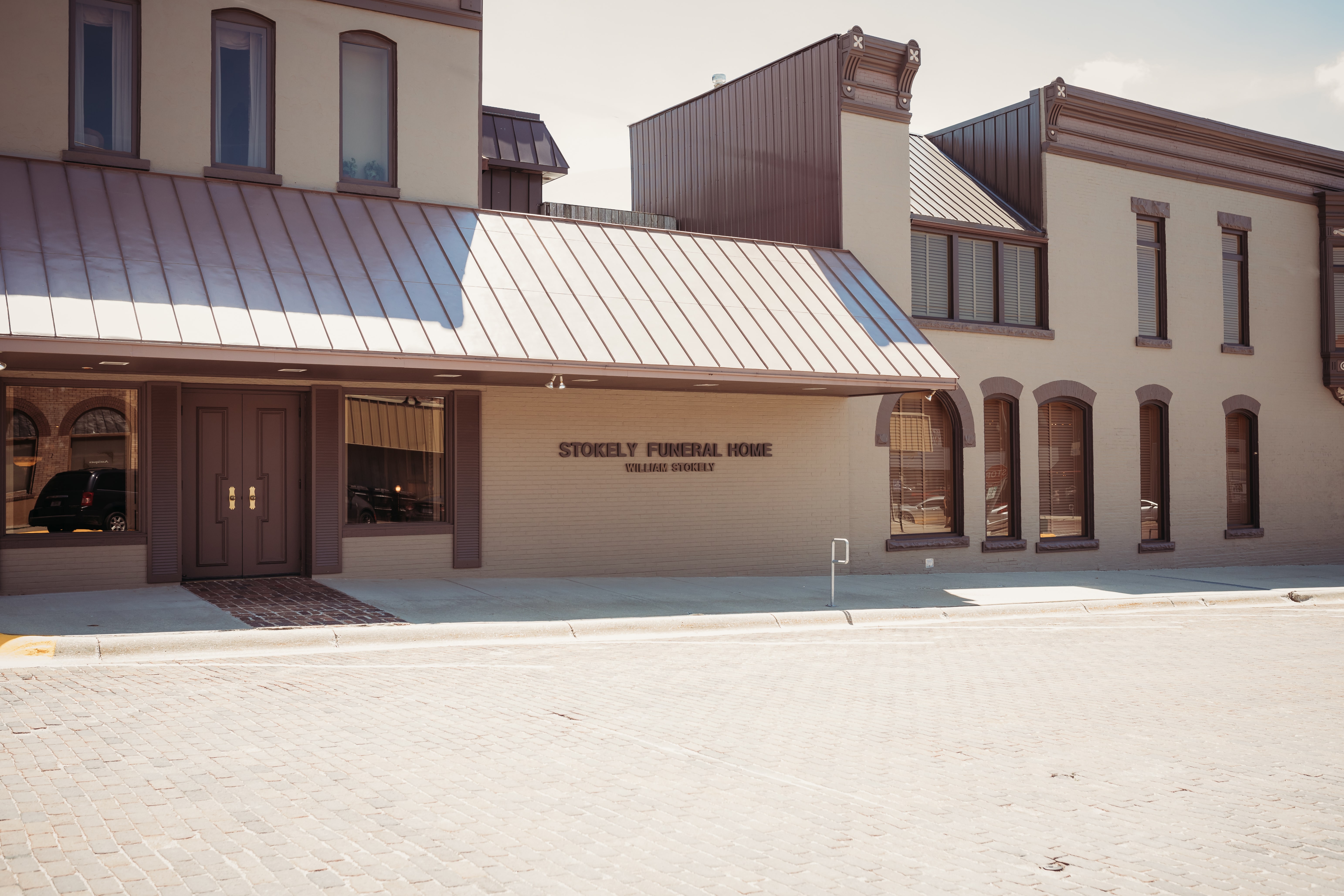 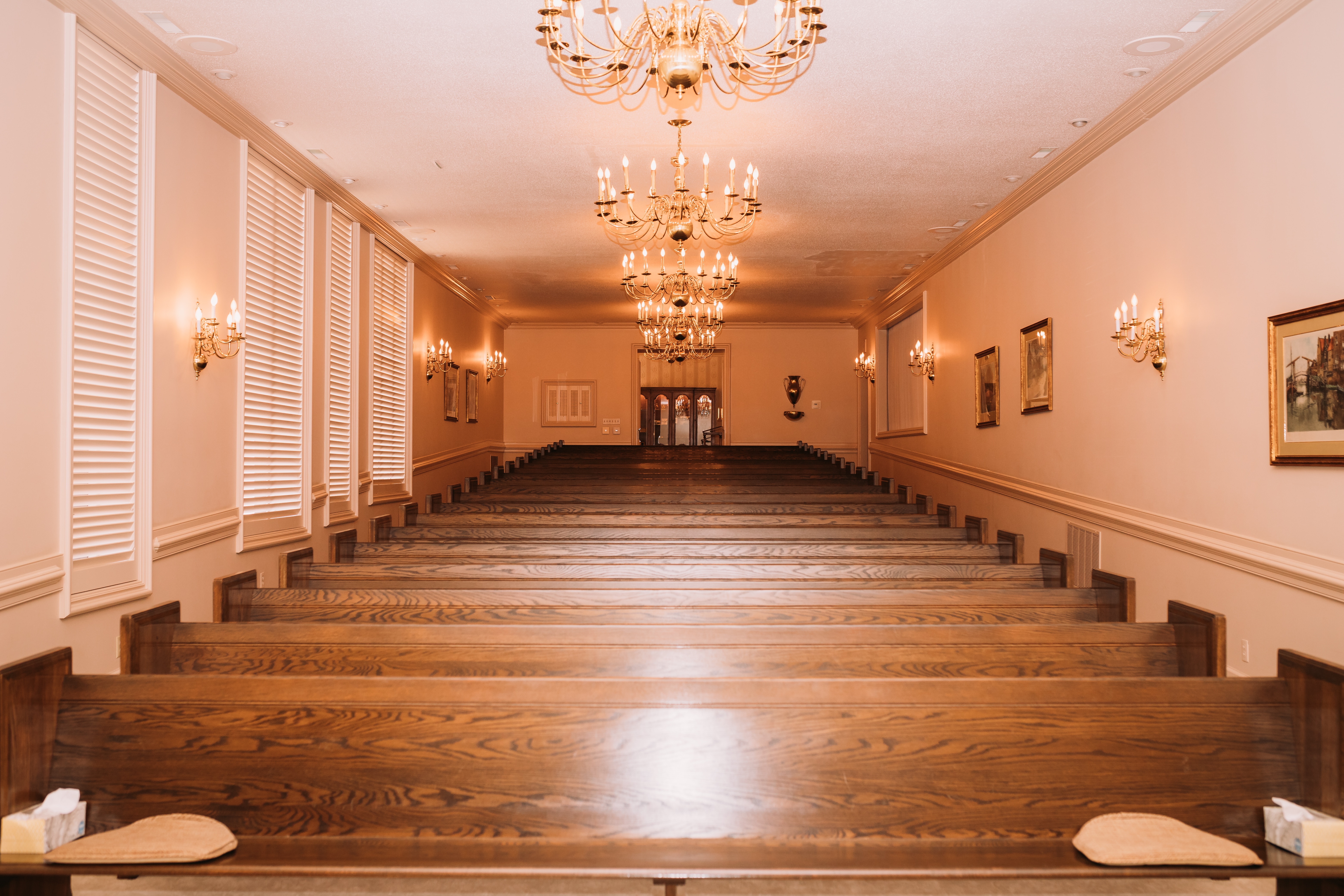 Bill grew up in Valentine, Nebraska where he attended kindergarten through 12th grade and graduated from high school in 1982. He went to Chadron State College where he met his future wife, Anastasia Wess. He was in the National Guard, attended Mid Plains Community College in North Platte and worked part-time at Adams and Swanson Funeral Home. He attended the Dallas Institute of Mortuary Science and then continued working in the same funeral home in North Platte. On December 31, 1987, Bill and Stasia were married in North Platte. Bill worked in North Platte until early in 1997 when he and Stasia moved to his hometown, Valentine, and renovated the Old Historic Sandhill Mansion, converting it into a Bed and Breakfast. In May of 2000, Bill took over as the manager of Stalp Funeral Home in West Point, Nebraska and then in January of 2003 he established ownership of the firm. Bill is involved in the teen St. Mary’s church choir and is currently a 4th-degree member of the Knights of Columbus.

Stasia was born in Lemars, Iowa and grew up in Chadron, Nebraska. She graduated from high school in the class of 1983 and attended Chadron State College where her dad was a professor. In 1987, Stasia graduated from Chadron State College with a degree in biology. On New Year’s Eve of that year, she and Bill were married in North Platte. She went back to school to study nurse’s training and graduated at the top of her class in 1992. She has worked as an R.N. in a doctor’s office, nursing home, and hospital. She also helped manage the Valentine Bed and Breakfast. After moving to West Point in August of 2000, she began working at the Dinklage Medical Clinic, where she is currently Clinic Manager, while also working at the funeral home. She obtained her insurance license in 2004. Stasia is a member of P.E.O., Christian Mothers, and Catholic Daughters.

Shea grew up in West Point, NE, where he attended Guardian Angels and Central Catholic from 5th grade until 12th grade, where he graduated in 2008. He went on to attend UNO where he earned his degree in Business Administration, graduating in 2012. While attending UNO, Shea reconnected with his future wife, Mollie Brunsing. Mollie is a West Point native who attended Guardian Angels and Central Catholic, where she graduated in 2010. During his time at UNO, Shea worked at Heafey Hoffman Dworak & Cutler Mortuaries and Crematory. Shea continued his work at the Omaha mortuary and crematory while earning his degree in Mortuary Science from Des Moines Area Community College. Shea moved back to West Point in 2015 to start his career as a funeral director with his family. Shea married his college sweetheart, Mollie, on April 22, 2016 at St. Mary’s Catholic Church in West Point. Mollie is the Pre-K teacher at Guardian Angels Central Catholic. Shea and Mollie welcomed their daughter Josephine in October of 2018. Shea is a member of the West Point Volunteer Fire Department and St. Joseph’s Foundation Board.   He also plays the piano and organ for St. Mary’s Catholic Church and Grace Lutheran Church.

Other members of the Stokely Family include Miguel and Rebecca Ayala and their two children, Jessica and Zack Martens and their 3 children, Emma Stokely, David Cervantes, and Jesse Prieto.