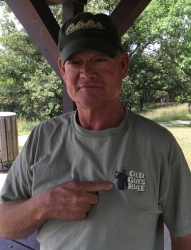 Dr. John A. Brodahl, 67, died Tuesday, July 25, 2017 at his home in West Point, Nebraska. Visitation will be Sunday, July 30 from 4:00pm to 7:00pm at Stokely Funeral Home in West Point. In lieu of flowers, the family requests that donations be made to Holt International Adoption Services, Open Door Mission in Omaha, Nebraska or Saint Francis Ugandan School Mission. John Andrew Brodahl was born on July 7, 1950 to Donald and Eunice (Olson) Brodahl in Wahoo, Nebraska. After graduating high school in Wahoo, he went to Kearney State College and then matriculated to Colorado State University in Fort Collins, Colorado where he earned his degree in veterinary medicine. During his education in Colorado, he met his wife Jeanette Rock and they were married on December 22, 1974. As a veterinarian, he practiced in Neligh, Nebraska for one year before setting up practice in West Point, Nebraska. Throughout his life, he had three priorities which included first and foremost Jesus, his Lord and Savior, second his family and third serving his clients. Throughout his career, his greatest passion was working with small, family livestock producers. He enjoyed educating them, working with them side-by-side and building relationships. His family remembers him as a man who should have been born a century earlier because of his love for the outdoors, enjoyment of hunting, fishing, reading historical non-fiction especially about the mountain men of the 1800’s, and singing’Strawberry Roan’ by Ed McCurdy. As a testament to his life, the bible verse 1 Thessalonians 4:11 embodied the character of John.’Make it your ambition to lead a quiet life, to mind your own business and to work with your hands, just as we told you, so that your daily life may win the respect of outsiders and so that you will not be dependent on anybody.’ He is survived by his wife, Jeanette Brodahl of West Point; mother, Eunice Brodahl of Wahoo; daughters, Alejandra Brodahl of West Point, Amanda (Matthew) (Brodahl) Freitag of Omaha, and Katherine Brodahl of Omaha; sons, Aaron (Ashlyn Doerr) Brodahl of Omaha, Nebraska, Andrew (Toya Brown) Brodahl of Fremont, and Adam Brodahl of Norfolk; and 5 grandchildren.