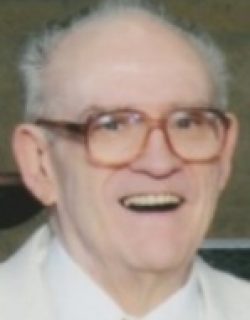 Thomas R. Tibbels, MD, West Point, died Sunday, January 25, 2015 at the Oakland Heights Nursing Home in Oakland, Neb., at the age of 81. Tom was born in Omaha, Neb., Jan. 14, 1934, to Randolph (Doc) H and Ethel C. (Winkler) Tibbels, the first of their four children. He grew up in Oakland, Neb., graduating from Oakland High School in 1952. He attended the University of Notre Dame from 1952-54, and transferred to the University of Nebraska-Lincoln where he graduated in 1956 with a degree in history. Before beginning his teaching career, he served as a deputy sheriff on the Winnebago reservation. In fall 1958, he began teaching and coaching at Holy Name Catholic High School, Omaha, Neb. On Oct. 31, 1959, he married Jacqueline Maybee at Holy Name Catholic Church, Omaha, Neb. They moved to West Point, Neb., in 1960, where he starting teaching and coaching at Guardian Angels High School and they began raising their family. In fall 1962, he entered the University of Nebraska School of Medicine, following in his father’s footsteps. He completed his residency as a general practitioner at Lincoln General Hospital in 1968 and returned to West Point to join Dr. L. L. Erickson and Dr. Eugene Sucha in private practice at Elkhorn Valley Clinic. He retired from his practice in 1995, renewed his teaching certificate and volunteered at West Point Central Catholic High School where he taught an honors social studies class, developing his own teaching materials steeped in philosophy, history and current events. He also spent time working with the students one on one. He spent most of his time reading. He had a life-long passion for learning – always reading, always studying – and was an expert in his knowledge of general medicine, philosophy and World War II. His genuine love for the people he cared for in his medical practice and the students he coached and taught fueled this passion. He was also a regular at the local sports events especially enjoying the high school events. At home, his booming laughter will be missed most. With Doc, the bigger his audience the bigger his laugh. Survivors include his wife, Jacqueline of West Point; children, Stephen R. (Loretta) Tibbels, Scott (Michelle) Tibbels and Cathy Tibbels all of Omaha, Matt (Theresa) Tibbels of Lincoln, Michael Tibbels of Norfolk and Tracy Tibbels of Tulsa, OK; grandchildren, Stacey (Toby) Shinaut, Stephanie, Lauren, Danielle, and Nicholas Tibbels; Ben and Aaron Tibbels; Patrick and Nathan Tibbels; Caleb (Donna) Smidt, Elise (Ryan) Kubik and Lexa Bortle. Brothers, Mike (Kay) Tibbels of Norfolk and Terry (Mary Jean) Tibbels of Carlsbad, Calif., and sister, Nancy (Gordon) Englert of Billings, Mt., three great granddaughters, two great grandsons and many nieces and nephews. Donations may be made to Oakland Heights Nursing Home, Oakland, NE, West Point Central Catholic High School, John A. Stahl Public Library or a St. Francis Memorial Hospital or a charity of your choice. The family will receive guests Wednesday, Jan. 28, 2015, from 5-7 pm. at the Nielsen Center in West Point. A private memorial service and inurnment will be held at a later time. Visit Dr. Tibbels’ living obituary at www.forevermissed.com/thomas-tibbels