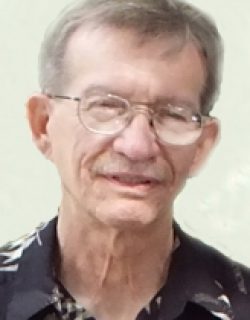 Steven Wagner, 63, of West Point died Saturday, March 28, 2015 at the West Point Living Center. Funeral Services will be Wednesday at 10:30 am at Grace Lutheran Church in West Point with Rev. Chris Meier officiating. Burial will be immediately following the funeral at Mount Hope Cemetery. Visitation will be Tuesday from 9:00 am to 8:00 pm at Stokely Funeral Home with family receiving friends from 5:00 pm to 7:00 pm. Memorials may be made to the West Point Rescue Squad and Mount Hope Cemetery. Steven Earl Wagner was born November 16, 1951 in West Point to Charles’Bud’ and Evelyn (Poppe) Wagner. He attended West Point Public Schools and graduated from West Point High School in 1970. He went on to attend the Grand Island School of Commerce. Steven lived in Lincoln for several years while he worked as a parts manager for Clover Automotive. He moved back to West Point in 2006 and was very proud to purchase and live in his childhood home. Steven was a member of Grace Lutheran Church and enjoyed fishing and gardening. Survivors include his sons Craig (Keyna Rolenc) and Aaron (Rachel) both of Lincoln; grandchildren Kiara and Logan; sisters Barbara (Michael) Herring of Fremont, Laura Wagner of West Point, and Carol (Jon) Cerny of Bancroft; brother Kim (Kathy) Wagner of West Point. Steven was preceded in death by his father Charles’Bud’ on March 12, 2011; mother Evelyn on March 14, 2004; and infant brother Robert in 1958. Stokely Funeral Home is in charge of arrangements.