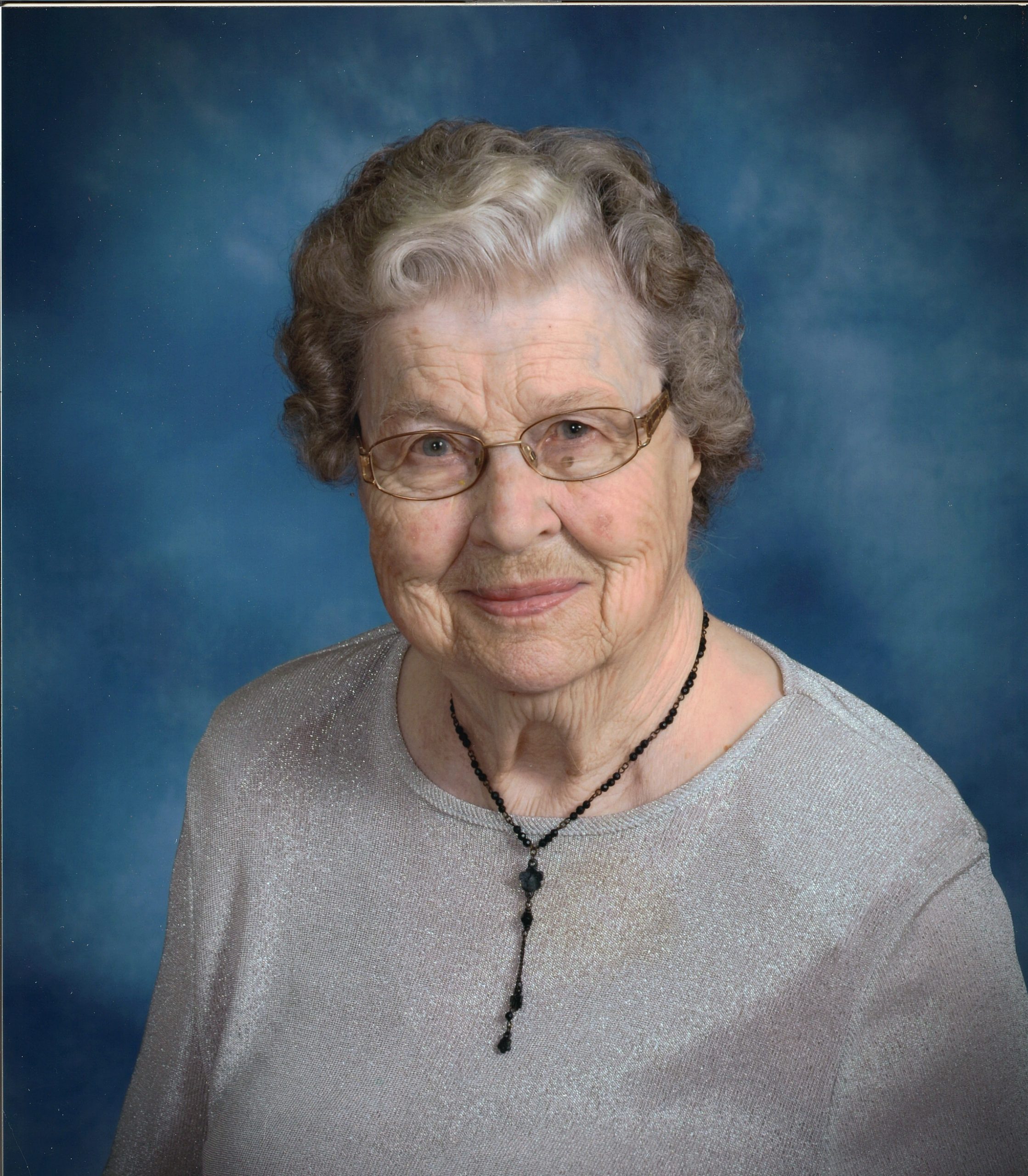 Rita M. Ellinghausen, 102, of West Point, died Friday, June 18, 2021 at St. Joseph’s Hillside Villa in West Point.  Funeral Mass will be 10:30am on Wednesday, June 23 at St. Mary’s Catholic Church in West Point with Rev. Steve Emanuel as celebrant.  Burial will be at St. Michael’s Cemetery with lunch following at the GACC Cafeteria.  Visitation will be Tuesday from 4:00pm to 7:00pm with a vigil service at 7:00pm at Stokely Funeral Home in West Point.  Family will be present at visitation from 5:30pm to 7:00pm.  Memorials may be made to the American Cancer Society or the Guardian Angels Catholic School Endowment.  Arrangements by Stokely Funeral Home.

Rita Marie Fisher was born May 27, 1919 in West Point to Bernard J. and Mary A. (Dinklage) Fisher.  She was a 1936 graduate of Guardian Angels High School.  Rita married Arthur F. Decker in 1944 in New Brunswick, NJ where she was working for the telephone company.  The couple moved back to West Point and Rita worked for the R.E.A.  After Arthur’s death, Rita married Henry G. Rehling in 1960.  Rita left the R.E.A and found her career at the Selective Service office before retiring in 1974 as the Nebraska State Director of the Selective Service.  After Henry’s death, Rita married Harry M. Ellinghausen in 1974 in West Point.

Rita was a member of St. Mary’s Catholic Church, Christian Mothers, VFW Auxiliary, and American Cancer Society.   She had a knack for crafting – making everything from hats to candles.  Rita enjoyed gardening, dancing, and an occasional trip to the casino.  She was a wonderful story teller but never “let the facts get in the way of a good story.”