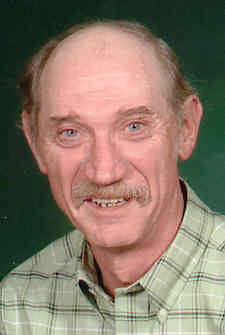 Mylon Furchert, 63, of Scribner died March 23, 2013 at his rural home. Memorial service with military honors will be 10:30am Wednesday at Grace Lutheran Church, West Point, with Reverend Chris Meier officiating. Visitation will be at the church one hour prior to the service. A memorial has been established. Mylon Lee Furchert was born June 11, 1949 in Pender to Louis and Thelma (Paulsen) Furchert. He graduated from West Point High School in 1967. Mylon served in the US Marine Corps from June of 1967 to April of 1970. He was stationed in Vietnam where he was awarded the Purple Heart Medal . On August 19, 1972, Mylon married Dorothy “Dotty” Anderson at St. Paul’s Lutheran Church in Bancroft. The couple lived in West Point before moving to the farm near Scribner in the mid 1970s. Mylon was employed for over 40 years as a welder for Smeal Manufacturing in Snyder and retired in 2012. Hunting, fishing, and spending time with grandchildren were Mylon’s favorite pastimes. He was a member of VFW post 4912 Mylon is survived by his wife, Dotty of Scribner; sons Travis (Kathy) Furchert of Blair and Justin Furchert of Scribner; daughters Amanda (Justin) Carrier of Scribner and Marie (Chris) Mandel of West Point; mother Thelma Furchert of West Point; brother Verlin (Vicki) Furchert of West Point; and mother-in-law Janet Anderson of Pender. Survivors also include nine grandchildren:Gage, Trevor, and Destiny Furchert; Chandler and Isabella Carrier; and Mickayla, Madison, Cloe, and Cara Mandel. Mylon is preceded in death by his father; brother Leon; two infant brothers; and father-in-law Rex Anderson. Arrangements by Stokely Funeral Home.