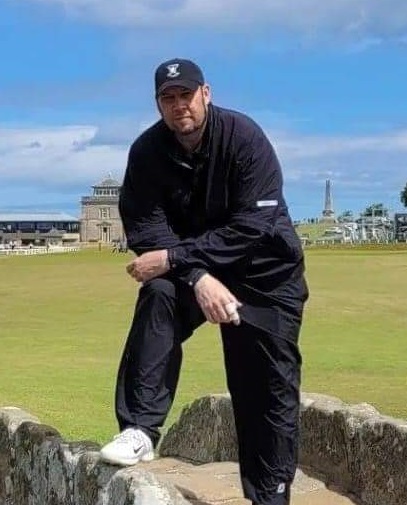 Matthew John Heywood was born April 17, 1973 in West Point to David and Gerri (Emanuel) Heywood.  He graduated from Scribner-Snyder High School in 1991 and attended Dana College in Blair.  Matt was an excellent cook and shared his skills at Skyybox Grill & Bar the past several years.  Matt enjoyed playing softball and baseball in leagues and for town teams.  Bowling and playing golf were his favorite outings.  Matt was thrilled to take a golfing trip to Scotland where he visited the famous Old Course at St. Andrews.  Despite his Nebraska roots, he was an avid Notre Dame football fan.  Nike Air Jordan’s were his favorite footwear and he accumulated a large collection.