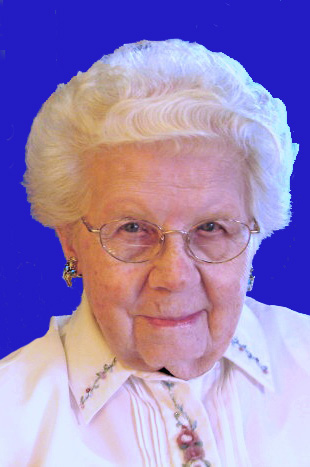 Mary Ann Baumert, 94, of West Point, slipped into Heaven quietly and privately, Saturday, April 6, 2013 at West Point Living Center. Funeral Mass will be 10:30am Wednesday at St. Mary’s Catholic Church, Reverend Frank Lordemann as celebrant, with burial following at St. Michael’s Cemetery. Visitation for Mary Ann Baumert will be from 9:00am until 8:00pm Tuesday at Stokely Funeral Home in West Point. Guild, Christian Mothers and Catholic Daughters Rosary will be 1:30pm Tuesday afternoon and Wake Services will be 7:00pm Tuesday evening, both at Stokely Funeral Chapel. Mary Ann requested memorials be made to St. Rose Convent (921 Market St., LaCrosse, WI54601). Born to Joseph and Catherine (Risse) Stratman on February 2, 1919 at West Point, NE, Mary Ann graduated from Guardian Angels Grade and High School in West Point in 1936. Mary Ann cared for her mother, who was disabled by rheumatoid arthritis, for years at home and was employed with the AAA Farm Program in West Point as a stenographer from 1936 to 1949. She married Edwin F. Baumert on January 7, 1950 at St. Mary’s Catholic Church in West Point. A family of five children and homemaking became Mary Ann’s focus and profession. She was known for her wonderful breads, cookies and home-cooked meals. Her green thumb kept plants nurtured and blooming throughout the years. There was always a geranium blooming somewhere in the house or outside! Her playful side and sense of humor provided unpredictable delight, especially in her elder years. Mary Ann was known for her organizational skills and quick fingers on her trusty typewriter. Her children and friends received many a supportive letter, neatly typed. During WWII she faithfully typed letters to her classmates in the service on behalf of the GA Alumni Association. Her meticulous record-keeping skills were astounding. Receipts and notations about repair and upkeep on the family home were invaluable when selling it after 50+ years. Mary Ann was a member of St. Mary’s Guild, Christian Mothers and a charter member of Court Guardian Angels No. 1384 Catholic Daughters of America. She served as Grand Regent from 1948 to 1949. Mary Ann is survived by sons Charles (Laurie) of Norfolk, Bill of Los Angeles, CA, Harry (Lynn) of Minneapolis, MN, and Keith (Pam) of Omaha; daughter Sr. Marcia Baumert of West Point; grandson Eric Baumert of Norfolk; granddaughters Emily (Brian) Bremer of Farmington, MN, Kate (Alex) Sutterfield of Fayetteville, AR, Jennifer Baumert of Omaha, and Kelly (Brett) Rutter of Omaha; great-grandchildren Miles and Margo Bremer of Farmington, MN; and sisters-in-law, Clara Miserez of Omaha and Trudy Stratman of Omaham.ary Ann is preceded in death by her husband, Edwin, March 6, 2013; parents; siblings; and in-laws Laura (Carl) Reed, Ed (Alice) Stratman, Ray Stratman, George (Dodey) Stratman.