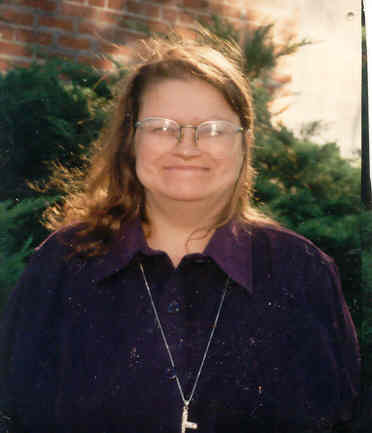 Marjorie “Margie” (Kindschuh) Dutro, 64, of Norfolk died Monday, March 4, 2013 at Faith Regional Hospital in Norfolk. Services will be 10:30am Friday at Grace Lutheran Church, West Point, with Reverend Chris Meier officiating. The family requests that memorials be made to Grace Lutheran Church. Stokely Funeral Home, West Point, is in charge of arrangements. Marjorie Kay Dutro was born August 10, 1948 in West Point to Elmer Kindschuh and Lynelle Fenske. Margie attended schools in West Point, and was baptized and confirmed at Grace Lutheran Church. She lived with her parents, then for a short time in Uehling, and moved to an assisted living home in Norfolk in 1985. Margie enjoyed swimming at the YMCA and attending AA meetings, where she had many friends. Most of Margie’s time was spent at the Liberty Center in Norfolk, where she was involved in many projects and volunteering. Shopping and watching movies were among Margie’s interests, and she especially loved cats and collecting stuffed animals. Margie is survived by her brother David (Linda) Kindschuh of West Point and many nieces and nephews. She is preceded in death by her parents, Elmer and Lynelle Kindschuh; brother Jerry Kindschuh; sister Jeanie Kreikemeier; and nephew Kerry Kindschuh.