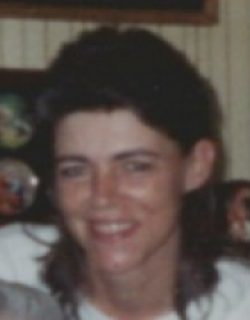 Linda Niles, 63, of West Point, died Saturday, March 14, 2015, at West Point Living Center. Funeral will be at 10:30 am. Thursday, March 19, at St. Mary’s Catholic Church with Reverend Gerry Gonderinger as celebrant. Burial will be at St. Michael’s Cemetery. Wake will be at 7:00 pm. Wednesday with visitation from 4:00-7:00, both at Stokely Funeral Home. A memorial has been established for family’s wishes. Linda Bunn was born September 5, 1951, to Harold and Kathleen (Surman) Bunn in West Point. She attended school in West Point, was baptized and confirmed at St. Mary’s Catholic Church and was a lifelong member of the community. As a child she enjoyed swimming and ice skating and as an adult she treasured time spent with her grandkids. She worked as a bartender for Smitty’s Tap and Annie’s Roundup, worked at West 32 Diner and West Point News, and owned a used furniture store in West Point. Linda is survived by sons Terry Niles of West Point, Ryan (Jennifer) Niles of Wamego, Kansas, Randy (Jessica) Boldan of West Point; daughters Becky (Mick) McGee of Platte, South Dakota, Trina (Chad) Vice of Thurston; brothers Darrell (Rita) Bunn of West Point, Randy Bunn of Oakland; sisters Cindy (Bob) Peterson of Fremont, Judy Lase of West Point; 13 grandchildren and 2 great-grandchildren. Linda was preceded in death by her parents and her grandson, Zachary Niles. Stokely Funeral Home in charge of arrangements.