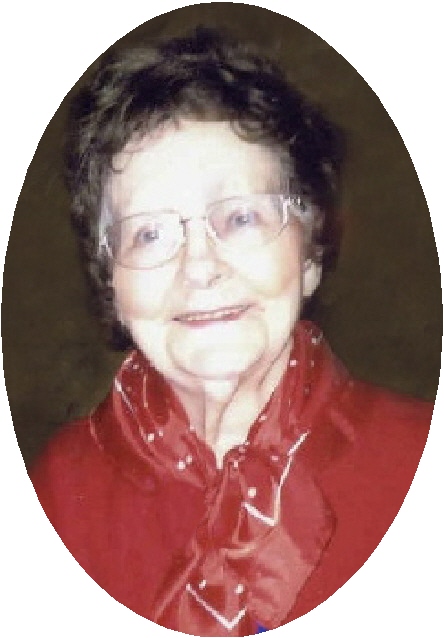 Laverna “Ann” Herman, 82, formerly of West Point, died Sunday September 1, 2013 in Lincoln. Funeral Mass will be 10:30 am. Wednesday at St. John’s Nepomucene Catholic Church in Howells with Reverend Leo Rigatuso as celebrant. Burial will be in the Church Cemetery. A Rosary will be recited at 3:00 pm. and Wake Services will be at 7:00 pm. Tuesday at St. John’s in Howells. Visitation will start at 2:00 pm. Tuesday at the Church. Stokely Funeral Home is in charge of arrangements. LaVerna was born on November 22, 1930 on a farm near Howells, Nebraska. She was the second of six children born to Louise Emma Belina and Lada Frank Cech. LaVerna attended District 50 School. On March 23, 2002 LaVerna married Vernon Herman. LaVerna was employed by Columbus Community Hospital in Columbus and David Place in David City. LaVerna was a loving mother, grandmother, and great-grandmother. She was proud of and loved her Czech heritage and collecting Czech cookbooks. Her baking specialties included angel food cakes and kolaches. She is survived by her husband Vernon of West Point; daughters, Linda (Stanley) Collins of Lincoln and Diane (Robert) Harris of Waverly, AL; stepchildren Betty (David) Kuszak of Ashton, Jean (Shawn) Debban of Shenandoah, IA, and Norman Herman; grandsons Clinton R. Collins and Cory S. Collins of Lincoln, John R. Harris and Robert Louis S. Harris of Waverly; step-grandchildren Brandon and Jordan Kuszak, Christian, Conner, and Caelan Debban, and Stephany Herman; great-grandson Jackson R. Collins of Lincoln; and sister Geneva Mousel of Schuyler. She was preceded in death by her parents; brothers Vernon, Ervin, Marvin, and Melvin Cech; and an infant son.