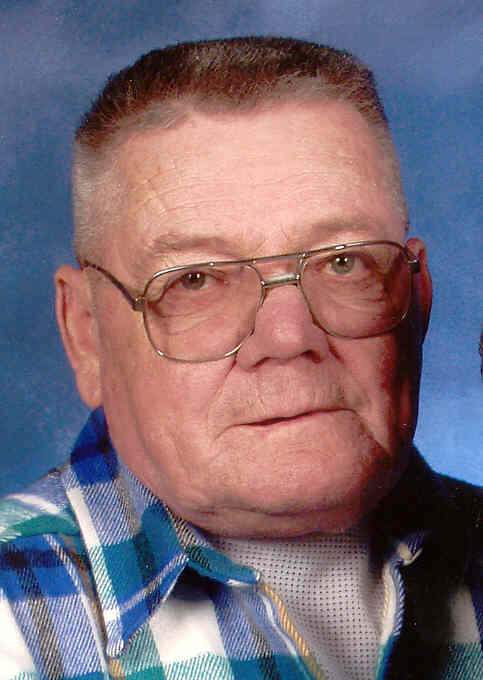 Kenneth Petersen, 71, of Bancroft died Friday, January 3, 2014 at Pender Community Hospital. Funeral Services will be 1:30pm Tuesday at St. Paul Lutheran Church in West Point, with Reverend Richard Bringewatt officiating. Burial will be at a later date. Visitation will be 9:00am until 8:00pm Monday at Stokely Funeral Home in West Point, with family receiving friends 5:00-7:00pm. Memorials may be made to St. Paul Lutheran Church and 4-H Country Kitchen. Kenneth Peter Petersen was born April 7, 1942 in Omaha to Peter Kenneth and Edna (Livermore) Petersen. He grew up in the Bennington and Kennard area, graduating from Bennington High School in 1960. On June 25, 1971, Kenny married Geraldine Haase in West Point. Kenny moved to West Point in 1968, and in 1996 he and Geraldine moved to an acreage near Bancroft. He worked as a farm hand, trained horses, drove truck for Bargmann Trucking in Bancroft, and was employed by Cooney Fertilizer until his retirement in 2010 due to health reasons. Kenny was a member of St. Paul Lutheran Church in West Point, Bancroft Saddle Club, Sandhills Pony Pullers Association, and Nebraskaland Spinning Spokes Buggy Club. He showed at the Nebraska State Fair and several county fairs. Kenny loved polka music, playing cards, and dining out with family and friends. One of his favorite pastimes was helping his grandkids with showing goats. Kenny had a happy personality and could strike up a conversation with anyone. Survivors include his wife Geraldine of Bancroft; daughters Michelle Clark of South Point, OH and Kristie Flores of West Point; brother Terry (Nancy) Petersen of West Point; sisters Edna Mae (Jerry) Bonney of Blair, Karen (Larry) Arp of Bennington, Donna Van Buren of Bennington, and Kyle Engelhardt of Linn, MO; brother-in-law Julius Dunn of Irvington; grandchildren Christopher, Cailey, and Celsey Huisman, and Desirae and Mikaela Flores; numerous aunts, uncles, nieces, and nephews. Kenny was preceded in death by his parents and sister Jeanine Dunn. Stokely Funeral Home is in charge of arrangements. Visit Kenny’s living obituary at www.forevermissed.com/kenneth-petersen