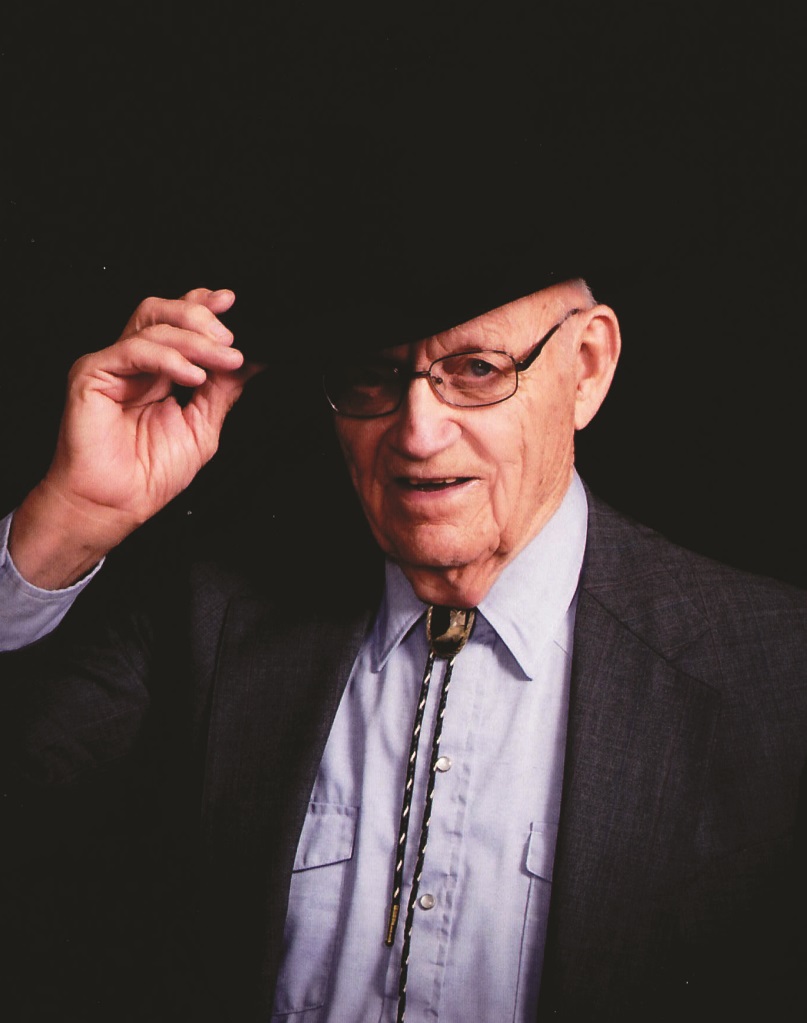 Jerome “Jerry” Knobbe, 93, of West Point, died Wednesday, May 18, 2022 at Franciscan Healthcare in West Point.  Memorial Mass will be 10:30am on Saturday, May 21 at St. Mary’s Catholic Church in West Point with Rev. Norman Hunke as celebrant.  Burial with military honors will be at St. Michael’s Cemetery with lunch following at the GACC Cafeteria.  Visitation will be Friday from 5:00pm to 7:00pm with a Knights of Columbus Rosary at 7:00pm at St. Mary’s Catholic Church.  Memorials may be made to the GACC Endowments or American Veterans Park.  Arrangements by Stokely Funeral Home.

Jerome A. Knobbe was born on October 6, 1928 to Henry and Anna (Batenhorst) Knobbe at the family farm near Monterey.  He attended St. Boniface Catholic School and graduated from St. Lawrence Seminary High School in Mount Calvary, WI.  Jerry served in the United States Army during the Korean War where he was stationed in Japan.   After being honorably discharged, Jerry married Theresa Hunke on September 30, 1953 at St. Boniface Catholic Church at Monterey.  The couple farmed before moving to West Point in 1985.

Jerry was a member of St. Mary’s Catholic Church and 3rd and 4th Degree Knights of Columbus.  He loved to sing and shared his talents in the St. Boniface and St. Mary Church Choirs.  Jerry enjoyed bowling and playing poker with his friends.  As an avid Yankees fan, one of his favorite memories was visiting Yankee Stadium in New York.  Jerry cherished every moment he spent with his grandchildren and great grandchildren and could be found at many of their activities.