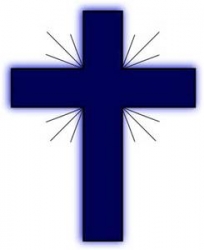 Irvin J. Kampschnieder, 53, of Dodge, died Thursday, May 28, 2015 at his home. Funeral Mass 10:30am Monday, June 1, 2015 at St. Wenceslaus Catholic Church with burial at Sacred Heart Cemetery at Olean. Visitation 3pm until 7pm Sunday with a Wake Service at 7pm all at St. Wenceslaus Catholic Church. A memorial has been established. Irvin Joseph Kampschnieder was born August 19, 1961 in West Point to Rudolph and Josephine Franzluebbers Kampschnieder. He grew up on the farm east of Howells, was a 1979 graduate of Howells High School and attended Northeast Community College in Norfolk. On April 22, 1989, Irv married Betty Rolf. The couple owned and operated Cattlemen’s Restaurant and Lounge and Brand’X’ Saloon. They later divorced. Irv worked at 2nd Street Market in Dodge and was currently employed at West Point Dairy. He enjoyed John Wayne movies and country music. Irvin was a member of St. Wenceslaus Catholic Church. Survivors include children Chelsea and Logan Kampschnieder both of Dodge, mother Josephine of West Point, sisters Mary Ann (Ken) Kelley of Hutchinson, Kansas and JoAnn (David) Ferris of LaVista, brothers Gerald (Shirley) Kampschnieder of Fremont and Paul of Howells, numerous other relatives and friends. He is preceded in death by his father, Rudy. Visit Irvin’s living obituary at www.forevermissed.com/irvin-kampschnieder/