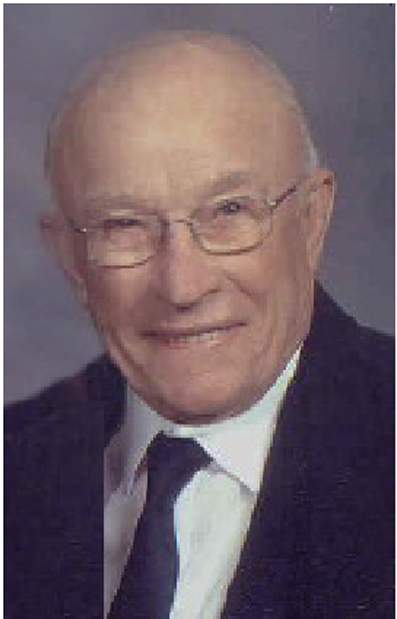 Henry “Hank” Stalp, 91, of West Point, NE and Fountain Hills, AZ, died Saturday, December 14, 2013 at his Fountain Hills, AZ home. Funeral Mass will be 10:00am Saturday December 21 at St. Mary’s Catholic Church in West Point, with Reverend Gerald Gonderinger as celebrant. Burial will be at St. Michael’s Cemetery. Wake Service with Knights of Columbus Rosary will be 7:00pm Friday at Stokely Funeral Home. Visitation will be Noon until 8:00pm Friday at Stokely Funeral Home. Memorials may be made to Guardian Angels and Central Catholic Schools. Henry Alfred Stalp was born February 17, 1922 in West Point to Bernard and Anna (Uhing) Stalp. He grew up on the family farm north of West Point and attended Guardian Angels School. After graduating in 1940, Hank and his brother Robert formed Stalp Brothers Earth Moving, which was in operation until the start of WWII. One of their most ; famous; jobs was Highway 32 from Oakland to West Point. Hank moved to Omaha, where he worked for Peter Kiewit Construction Company, and where his sister introduced him to Ramona ; mona; Dill, who was attending nursing school with her. Hank and Mona married November 20, 1954 at St. Mary’s Catholic Church in West Point. The couple moved to West Point, where Hank started Stalp Gravel Company in 1965, producing aggregates used to pave highways which were still mostly gravel roads at that time. As an innovative businessman, Hank was one of the first to use the underwater dredge pump, the standard in today’s industry, and he loved designing new equipment and being actively involved in the construction industry. In 2006, he sold the business, but remained active by visiting the gravel pit daily during summers and calling daily during winter months. Hank semi-retired in 1982, spending winters with Mona in Fountain Hills, AZ, where he enjoyed golfing, being with friends, and helping form the ; men’s Club; to get together for coffee and cards. Hank was a member of St. Mary’s Catholic Church and Fourth Degree Knights of Columbus, was actively involved in the community, and will be remembered as a silent giver. He loved West Point and its people, but never wanted to be in the limelight for his donations to numerous local charities and organizations. Survivors include his sisters Carol Revel of San Rafael, CA, Mary Ann Kelly of Roswell, NM, and Lucille Miller of Fort Worth, TX; and many nieces, nephews, and great-nieces and -nephews. Hank is preceded in death by his parents; wife Ramona; sisters Dolores Stalp and Sally Lubker; and brothers Robert Stalp and Bernard ; ben; Stalp. Stokely Funeral Home of West Point is in charge of arrangements. Visit Hank’s living obituary at www.forevermissed.com/henry-stalp