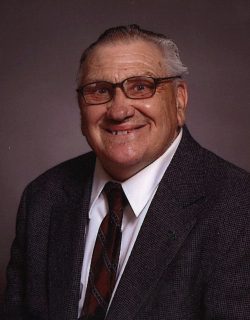 Garrey Lee Kindschuh, 76, of West Point, died Thursday, September 17, 2020 at Colonial Haven in Beemer.  Funeral service will be 10:30am on Monday, September 21 at Grace Lutheran Church in West Point with Rev. Priscilla Hukki as officiant.  Masks will be required at the funeral and seating will be socially distanced by household.  Burial will be at Mount Hope Cemetery with lunch following at the church hall.  Visitation will be Sunday from 12:00pm to 5:00pm with family receiving friends from 4:00pm to 5:00pm at Stokely Funeral Home.  Memorials may be made to Grace Lutheran Church or North Star Services.  Arrangements by Stokely Funeral Home.

Garrey Lee Kindschuh was born on April 18, 1944 to Carl and LaVerne (Kahler) Kindschuh in West Point.  Garrey attended West Point Public School before joining North Star Services in 1980.   He did janitorial work at Grace Lutheran Church and GACC Activities Center among other jobs.  Garrey thrived during his 38 years at North Star.  He competed in the Special Olympics and won numerous awards.  His love of travel brought him to Branson, Kansas City, Texas, and his favorite destination, Hawaii.  Going to the movies, bowling, and fishing brought a smile to his face.  Garrey was content in his life sought to find joy in every activity.

Garrey is survived by his siblings, Shirley Gant of Chanute, KS and Robert “Bucky” (Joyce) Kindschuh of West Point; and several nieces and nephews.  He is preceded in death by his parents and brothers, Ronald Kindschuh and Don Bloedorn.