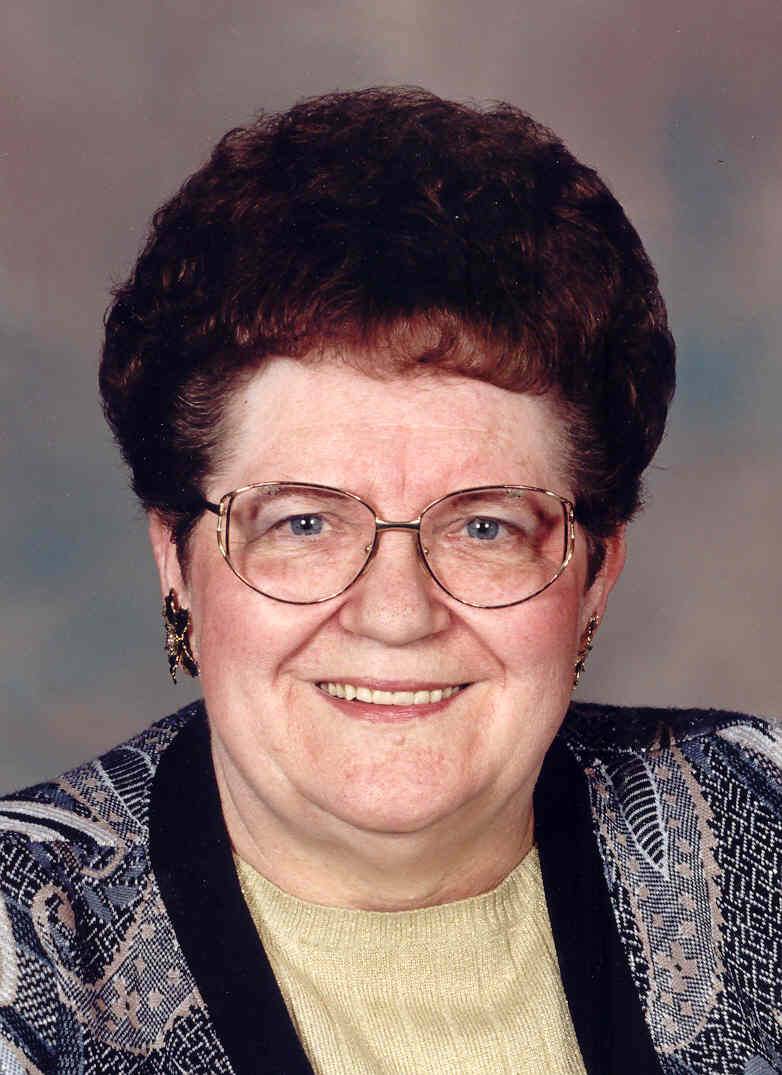 Dorothy Kreikemeier, 78, of Dodge died Monday July 8, 2013 at Parkview Home in Dodge. Funeral Mass will be 10:00am Saturday, July 20, 2013 at St. Wenceslaus Catholic Church with Reverend Steve Emanuel as celebrant and Reverend An Duy Phan as concelebrant. Burial will be at St. Boniface Catholic Cemetery, Monterey. Christian Mothers Rosary will be 3:00pm Friday, Wake Service will be 7:00pm Friday, and visitation will be 3:00-8:00pm Friday, all at St. Wenceslaus Catholic Church. Dorothy Marie Reznicek was born February 12, 1935 in rural Dodge to Edward and Adella (Dostal) Reznicek. She attended St. Wenceslaus grade school while boarding with the sisters and graduated from Dodge High School in 1952. On January 21, 1953, Dorothy married Robert (Bob) Kreikemeier in Dodge. The couple moved to Chicago while Bob served in the Army during the Korean War. After military service, they farmed in rural Howells for a few years, then moved to the family farm in the Monterey area, where they raised 10 children, fed cattle, and farmed. For 30 years, Dorothy raised her family; cooking, baking, sewing, patching clothes, canning, hosting family get-togethers on holidays, working at various school and church activities, and attending countless events and activities that her children were involved in. Bob and Dorothy moved to Dodge in 1992, Bob died in 1998, and Dorothy moved to Parkview Home in 2013. Dorothy was a member of Dodge American Legion Auxiliary Unit 122, Catholic Daughters, Christian Mothers, was a bingo caller, and she was a past member of the Monterey Altar Society where she was active in couponing and rebate fund raising. Her sticky rolls were a favorite at a local restaurant, as well as her pies, which she baked for Graybeals Foods. After her children were all grown, Dorothy loved crocheting and sewing patchwork blankets and pillows out of their old clothes and blue jean material, giving of herself with all her homemade gifts. Survivors include 10 children and their spouses: Patty (Tom) Gaffney of Norfolk, Kathy (Pat) Stratman of West Point, Rita (Greg) Strehle of West Point, sandy (Jeff) Coyle of Centennial, CO, Kelly (Patty) Kreikemeier of West Point, LuAnn (Earl) Kathol of Yankton, SD, Brenda (Tom) Huss of Iliff, CO, Keith (Jodi) Kreikemeier of West Point, kirk (Meg) Kreikemeier of Western Springs, IL, Chuck (Kaye) Kreikemeier of Lincoln; brother, Dennis Reznicek of Louisville; sister Sue Johnson of Omaha; sister-in-law Marge Reznicek of Omaha; Bob’s siblings: David and Betty Kreikemeier of Fort Collins, CO, Mary and Wendell Emanuel of North Bend, Kenny and Mary Kreikemeier of West Point; 35 grandchildren; and 11 great-grandchildren. Dorothy was welcomed into heaven by her husband Bob; son Jeffrey; parents; sisters Marilyn Sisson and Pat Hall; and brother Eddie. Stokely Funeral Home in charge of arrangements.