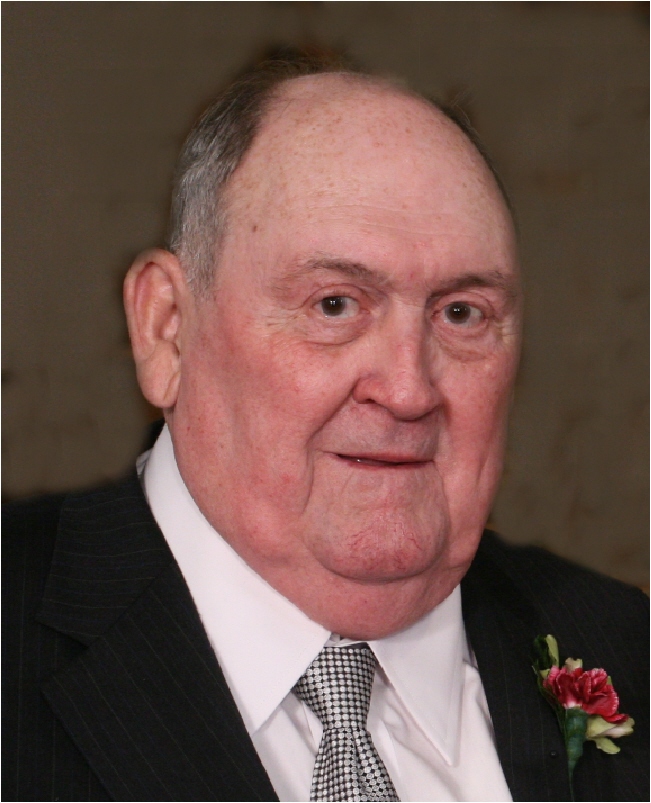 Donald Wietfeld, 82, of West Point, died Sunday July 22, 2012 at St. Francis Memorial Hospital in West Point. Funeral Mass will be 10:30 am Thursday, July 26, 2012 at St. Mary’s Catholic Church in West Point with Rev. Gerald Gonderinger as celebrant. Public wake service with Knights of Columbus Rosary will be 7 pm Wednesday at St. Mary’s. Burial will be at St. Michael’s Cemetery. Visitation will be 9 am to 4 pm Wednesday at Stokely Funeral Home and continue at the church. A memorial has been established. Stokely Funeral Home is in charge of arrangements. Donald Vincent Wietfeld was born April 16, 1930 in Howells, NE to Anton and Rose (Widhalm) Wietfeld. He grew up south of Dodge and attended country school. On June 22, 1949, Donald married Pauline Stieren. They lived in the Snyder area and then moved to West Point in 1951. That is when he bought his first cornsheller which was the start of a business that has expanded and grown through the years to include hay grinding and custom combining now known as Don Wietfeld & Sons. He built his business throughout the years with his remarkable personality and hard work. After Pauline died he met his special friend Shirley. He enjoyed spending time with his family and friends which were all very dear to him. He was happiest when out having a good time with them. His legacy will live on through his family and many friends. Survivors include daughters Karen (Roger) Claussen of West Point, Donna (Bruce) Schlecht of West Point, Deborah (Pat) Emanuel of Temecula, CA; sons Mark of Omaha, Randy (Shellie) of West Point, Richard (Rennae) of West Point and Greg (Barb Carr) of Scribner; very special friend Shirley Horton of West Point;17 Grandchildren; 19 Great-Grandchildren; and two Great-Great Grandchildren; sisters in law Helen Wietfeld of Leigh and Betty Wietfeld of Scribner. Preceded in death by his parents; wife, Pauline, July 28, 1995; infant twins Ronald and Donald; and brothers Hilger Wietfeld and Marvin Wietfeld.