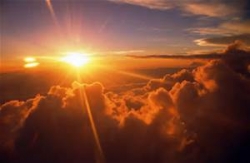 David Surls, 58, passed away September 7, 2011 in Springfield, MO after a long illness. Graveside services will be 10:30am Tuesday, June 10, 2014 at Mount Hope Cemetery in West Point. David was born October 12, 1952 in McPherson, KS. On June 18, 1977, David married Janet Frink, formerly of West Point, and enjoyed 34 years of marriage. David worked at Walmart for many years, enjoyed fishing, and loved reading and studying the Bible. He had a favorite scripture, John 17:3, which states,’This means everlasting life, their coming to know you, the only true God, and the one whom you sent, Jesus Christ.’ On June 5, 2010, David symbolized his dedication by water baptism and became one of Jehovah’s Witnesses. David’s hope is to gain everlasting life on a paradise earth during the millennial reign of Christ Jesus. He enjoyed sharing that hope with others. Survivors include his wife Janet Surls of Republic, MO; daughter Jeanne Surls Martin of Schuyler; grandson David Martin of Schuyler; father Rolland Surls of Vidor, TX; brother Leo Surls of Pitt City, OH; and a host of friends. Stokely Funeral Home of West Point is in charge of arrangements.