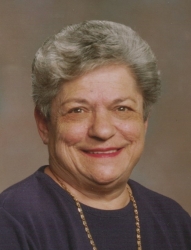 Carole Betzelberger, 72, of West Point died Saturday, May 31, 2014 at her home in West Point. Funeral service will be 10:30am Wednesday at Stokely Funeral Home Chapel. Inurnment at Calvary Cemetery, Omaha, will be at a later date. Guild Rosary will be 1:30pm Tuesday, Wake Service will be 7:00pm Tuesday, and Visitation will be 9:00am until 7:00pm Tuesday, with family receiving friends 6:00pm until 7:00pm, all at Stokely Funeral Home. Memorials may be made to the choice of the Donor. Carole Ann York was born January 18, 1942 in Omaha to Warren and Mary Rita (Sullivan) York. She grew up in Omaha and was a 1960 graduate of Marian High School. On May 23, 1964, Carole married Paul H. Betzelberger at St. Pius X Catholic Church in Omaha. The couple lived in Cook from 1965 until 1978, then in Whiting, IA where Carole worked as a school secretary. In 1983, the couple purchased the Sears store in West Point, which they operated until 1993. Carole then worked as a 911 dispatcher for Cuming County, and was currently employed by the U. S. Census Bureau. Carole was a member of St. Mary’s Catholic Church and Guild. Survivors include her sons John (Carol) Betzelberger of Omaha, Bob Betzelberger of Lincoln, and Jim Betzelberger of West Point; sisters Barb (Roger) Schaefer of Buckeye, AZ and Jill (Al) O’Bright of Kirkwood, MO; brother Jack (Theresa) York of Omaha; sister-in-law Peggy (Bob) Lupton of Peachtree City, GA; and grandchildren Erin Betzelberger (fiancé joe Gulizia), A. J. Betzelberger, and Sara Betzelberger. Carole was preceded in death by her parents; husband Paul on January 13, 2006; and brother Dick York. Stokely Funeral Home is in charge of arrangements. Visit Carole’s living obituary at www.forevermissed.com/carole-betzelberger