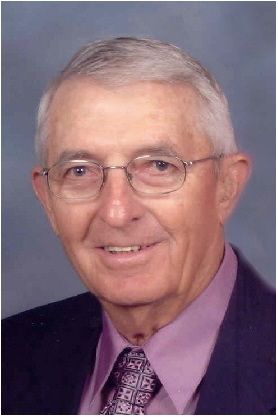 Anthony J.”Tony” Parr, 82, of West Point, died Saturday July 28, 2012 at St. Francis Memorial Hospital in West Point. Funeral Mass will be 10:30am. Tuesday at St. Mary’s Catholic Church in West Point with Reverend Gerry Gonderinger as celebrant. Public Wake service with Knights of Columbus Rosary will be 7:00pm. Monday at Stokely Funeral Home. Burial at St. Michael’s Cemetery with Military Honors. Visitation 9:00am. to 8:00pm. Monday at Stokely Funeral Home. Memorials may be made to St. Francis Memorial Hospital or GACC Endowment. Stokely Funeral Home in charge of arrangements. Anthony J. “Tony” Parr was born September 14, 1929 in Dodge, NE to John and Minnie (Vogel) Parr. He attended Dodge Public School. On May 27, 1947 he enlisted in the Air Force, went to Lockland Air Force Base in San Antonio, TX and was shipped to the Philippine Islands in 1948. From there, he was transferred to Johnson Air Force Base in Japan and then to an outpost in Nagata, Japan where 15 servicemen ran a radar site. Tony was discharged in 1952 as sergeant. After leaving the service Tony attended Universal Trade School in Omaha, studying heating and refrigeration. For 15 years, he worked in heating and refrigeration in Columbus. Then, in 1967, he was hired by Standard Oil in York. He worked in York for 6 years and in 1973 transferred with Standard Oil to West Point, he later purchased Standard Oil in West Point establishing Parr Oil and Propane. Tony married Janet Peitzmeier on May 27, 1952 at St. Wenceslaus Catholic Church in Dodge. Tony and Janet celebrated their 60th wedding anniversary in May 2012. Tony enjoyed golfing (2 holes-in-one!), Nebraska basketball and football games, playing cards, hunting and camping with family and friends. He was a member of Knights of Columbus, GACC Booster club, and St. Mary’s Catholic Church, where he was an EME for many years. He is survived by his wife, Janet, daughter Jody (George) Poullos of Omaha, sons Mike (Deb) Parr of Columbus and Todd (Kelly) Parr of Elkhorn, brothers Maynard Parr of Dodge and John Parr of Kentucky, sisters Julia Dirkschneider of Snyder, Betty Ann Olsen of Laurel, Cecelia (Jerry) Reimers of Scribner, and Imogene (Melvin) Dinslage of West Point, grandchildren, Mindee (Ryan) Keleher, Leah, Kayla, J. T., Brooklynn, and Jarrett Parr, great grandchildren, Mya Keleher and Alex Parr, and many nieces and nephews. Preceded in death by his son, Tom in 1974, brothers, Sylvester Parr, and Denis Parr, sisters, Frances Parr, Marie Meister, Marcella Greco, Sister Magdalene Parr and Viola Stuehmer.