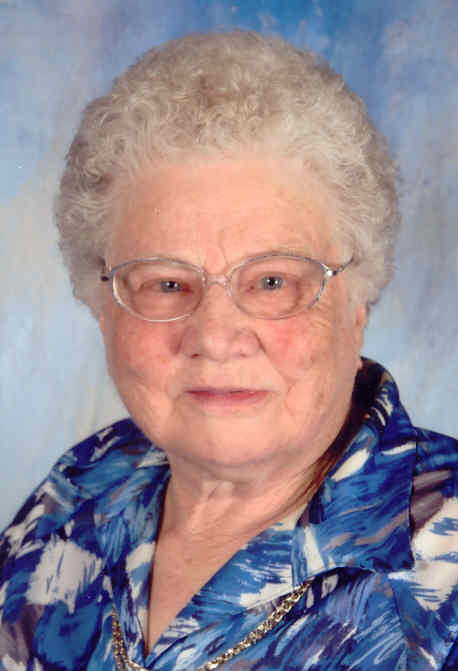 Alice Buersmeyer, 88, of West Point died Tuesday, May 28, 2013 at West Point Living Center. Funeral Mass will be 10:30am Friday at St. Boniface Catholic Church at Monterey, west of West Point, with Reverend Gerald Gonderinger as celebrant. Burial will be at St. Boniface Cemetery, with lunch following at St. Joseph Retirement Community lower level. Rosary will be 7:00pm Thursday at Stokely Funeral Home, with visitation from noon until 8:00pm. There will also be visitation Friday at the church prior to the service. Memorials may be made to St. Joseph Retirement Community. Alice M. Buersmeyer was born May 3, 1925 on the family farm near Monterey to Joseph and Elizabeth (Heer) Buersmeyer. Following the death of her mother when Alice was six months old, she moved with her brother to Akron, Colorado to live with her maternal grandparents. Alice returned to the farm at Monterey and was raised by her father and stepmother, Anna Ermels Buersmeyer. Alice attended St. Boniface Catholic School. Alice was caregiver to her father, stepmother, and brother Vincent. She was a member of St. Boniface Catholic Church and belonged to the St. Boniface Women’s Group. Alice was employed as a nursing assistant at West Point Living Center and St. Francis Memorial Hospital, working night shifts. She enjoyed playing bingo, gardening and tending flowers, sewing, caring for her pets, and being a homemaker. In 2010, Alice retired to St. Joseph Retirement Community. Alice is survived by several cousins, and she is preceded in death by her parents, stepmother, and brother. Stokely Funeral Home in charge of arrangements.