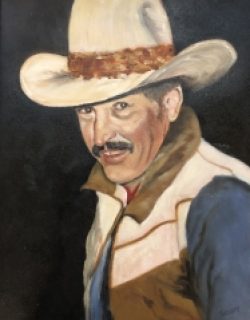 Gerald’Gerry’ Ridder, 76, of West Point, died Friday, November 10, 2017 at Fremont Health Center. Visitation will be Tuesday, November 14 from 6:00pm to 7:00pm at with a Knights of Columbus rosary at 7:00pm at St. Mary’s Catholic Church in West Point with Fr. Steve Emanuel as officiant. Sandwiches will be served at the GACC Cafeteria following the rosary. Gerry donated his body to the Anatomical Board of Nebraska and burial will occur at a later date St. Michael’s Cemetery. Memorials may be made to the American Veterans Park or American Legion baseball. Stokely Funeral Home is in charge of arrangements. Gerald Joseph Ridder was born on January 22, 1941 on the family farm in Cuming County near Dodge to Joseph’Sep’ and Dolores(Evert) Ridder. He attended St. Aloysius grade school and Maur Hill High School in Atchison, KS graduating in 1959. Gerry served in the US Navy from 1959 until 1961. On June 29, 1963, Gerry married Elaine Heimannat St. Boniface Catholic Church at Monterey. He worked for the Cuming County Public Power District for 39 years before retiring in 2006. Gerry was a member of St. Mary’s Catholic Church and Knights of Columbus. He loved to play golf and was an avid Chicago Cubs baseball fan. He enjoyed traveling – especially snow skiing in Colorado and fishing in Minnesota. In his retirement, he enjoyed reading books, cooking, and an occasional trip to the casino. Gerry was known to socialize and enjoyed having a good time. Survivors include his wife, Elaine, of West Point; daughters, Jeanne(Dorsey) Baker and Annie Ridder both of Phoenix; sisters, Theresa Perry and Leona Meier both of West Point; and two grandchildren, Karli Jo Baker and Patrick Reeves. He is preceded in death by his parents and brothers-in-law, Jim Meier and Dean Perry.