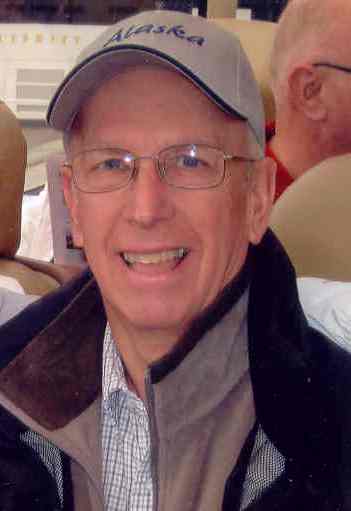 Robert H. “Bob” Pischel, 65, of West Point, died Sunday, August 26, 2012 at Immanuel Hospital in Omaha, NE. Services with military honors will be 10:30 am Wednesday, August 29, 2012 at Grace Lutheran Church in West Point with Reverend Christian Meier officiating. Burial will be at a later date in Montrose, MO. Visitation will be noon to 8 pm Tuesday with family receiving friends from 6 pm to 8 pm at Stokely Funeral Home. Memorials may be directed to American Cancer Society Relay for Life or Grace Lutheran Church. Stokely Funeral Home is in charge of arrangements. Robert Harold Pischel was born January 28, 1947 in Council Bluffs, IA to Harold R. and Margaret K. (Pflaster) Pischel. He graduated in 1965 from Abraham Lincoln High School in Council Bluffs. Robert served in the United States Army from March 6, 1966 to December 6, 1968. He was stationed in Frankfurt, Germany where he worked in the Administrative Services Finance Corps. Robert earned a Business Administration degree fromUniversity of Central Missouri in Warrensburg, MO. On June 1, 1970, Robert married Mary Jo Michel at the Alumni Memorial Chapel on the campus of Central University. Robert began his career working for International Harvester in the credit department. The couple moved to Norfolk, NE when Robert transferred to the territory sales department. In 1981, the couple moved to West Point where he worked for West Point Implement. Robert was a driver for Crete Carrier Corporation before driving for Fremont Contract Carriers. He then worked for the Cuming County Roads Department. Robert is survived by his wife Jo of West Point; cousins Barbara Jensen of Slater, IA, and Phil (Peggy) Higgins of Hamilton, MT; and Aunt Phyllis Higgins of Hamilton, MT. He was preceded in death by his parents and parents-in-law Glen and Evelyn Michel.