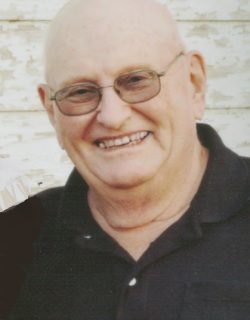 Victor Bracht, 78, of West Point, died Wednesday March 11, 2020 at his home in West Point.  Memorial Mass with military honors will be 10:30am on Monday, March 16 at St. Mary’s Catholic Church in West Point with Rev. Steve Emanuel as celebrant.  Lunch will follow at the Nielsen Community Center.  Burial will be at a later date.  Visitation with family present will be Sunday from 3:00pm to 5:00pm with a Knights of Columbus rosary at 5:00pm all at St. Mary’s Catholic Church.  A memorial has been established.  Arrangements by Stokely Funeral Home.

Victor H. Bracht was born on November 30, 1941 to Anton and Elizabeth (Hunke) Bracht in West Point. He attended Guardian Angels Catholic School graduating in 1959. After high school, Vic joined the United States Army serving in the reserves. On July 16, 1966, Vic married Judy Woerman at St. Mary’s Catholic Church in West Point. The couple farmed east of West Point where they also raised cattle and hogs. After retiring from farming, the couple moved to West Point where Vic worked for IBP, Tyson, and Beed Transportation.

Vic was a member of St. Mary’s Catholic Church and 3rd and 4th Degree Knights of Columbus where Vic served as the Faithful Navigator. He was a member of the Young Farmers and Cuming County Feeders where he served as president. Vic enjoyed playing cards and having a good time with his wife, family, and friends.