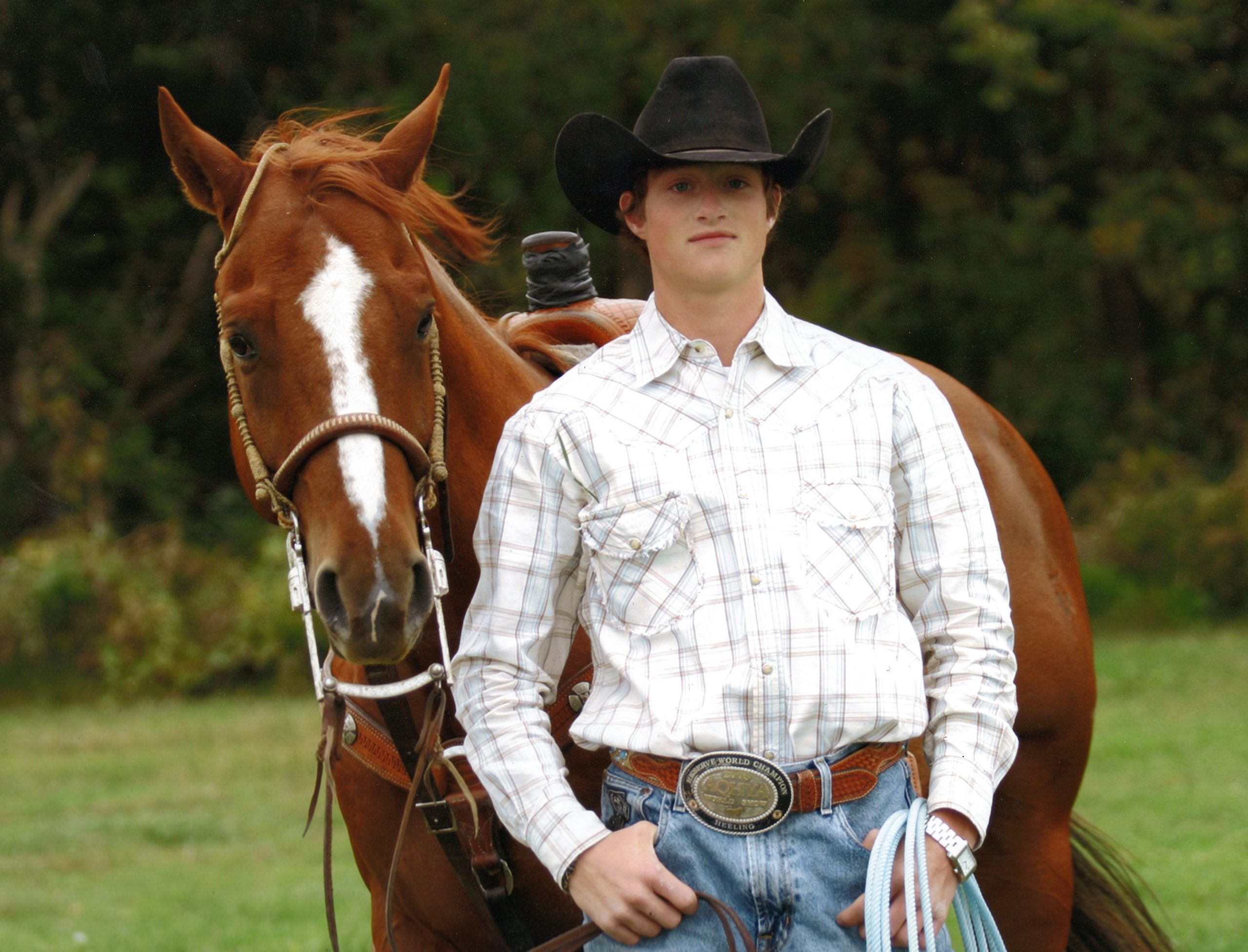 Seth Davis Hasemann was born on August 9, 1988 to Gary and Lowene (Smeal) Hasemann in Fremont.  He grew up in Snyder and was a 2007 graduate of West Point Central Catholic High School.  He was a part of the Fremont Wresting Club and the Cuming County 4-H Cutters.  Seth attended Pratt College in Kansas, Western Oklahoma State in Altus, OK, and Hastings College.   He was the owner and operator of Rockan Bar H, LLC which specialized in metal fabrication.

Seth was a member of St. Leo’s Catholic Church and the Snyder Volunteer Fire Department.  From an early age, Seth found a love for horses and rodeos.  He was a member of the American Quarter Horse Association, Nebraska Rope Horse Association, and Mid-States Rodeo Association.  Seth was dedicated to his craft of calf roping and team roping.   Seth and his horses won many awards together this including the AQHYA 2005 Youth Reserve World Champion in heeling and also the AQHYA Ohio Congress heading champion.  In 2007, Seth and his favorite horse, Rock, won third in heeling the AQHYA World Show.

Survivors include his parents, Gary and Lowene Hasemann of Snyder; brother Cory, of Omaha; grandmother, Ardath Smeal of West Point, formally of Snyder; many aunts, uncles, and cousins; and his dog, Bo.  Seth is preceded in death by his grandparents, Marvin and Corrine Hasemann and Donald Smeal; uncle Delwin Smeal; and his favorite horse, Rock.