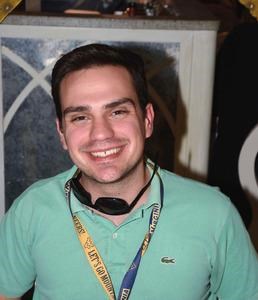 Sam graduated from W.T. Woodson High School in Fairfax, VA in 2006 and earned a BS degree in Business Administration from West Virginia University in 2011. In 2016 he received his Certified Public Accounting certificate. Sam loved his adopted city of San Antonio, TX, where he moved in 2014. He was a loyal Spurs fan while retaining his allegiance to the Washington football team.

Among the many people who were fortunate to know Sam are his parents, Dana R Dillon, and Lynette Miserez, Stepparents Dean Brown and Kelly Dillon, Grandmother Frances E Dillon, his siblings Nathalie, Gabriel, Hannah, Rexford, and his girlfriend Qizhen Liu. Sam was a much beloved son, grandson, brother, and a loyal friend cherished for his lovable sense of humor, his generosity, affectionate nature, and bright intellect.