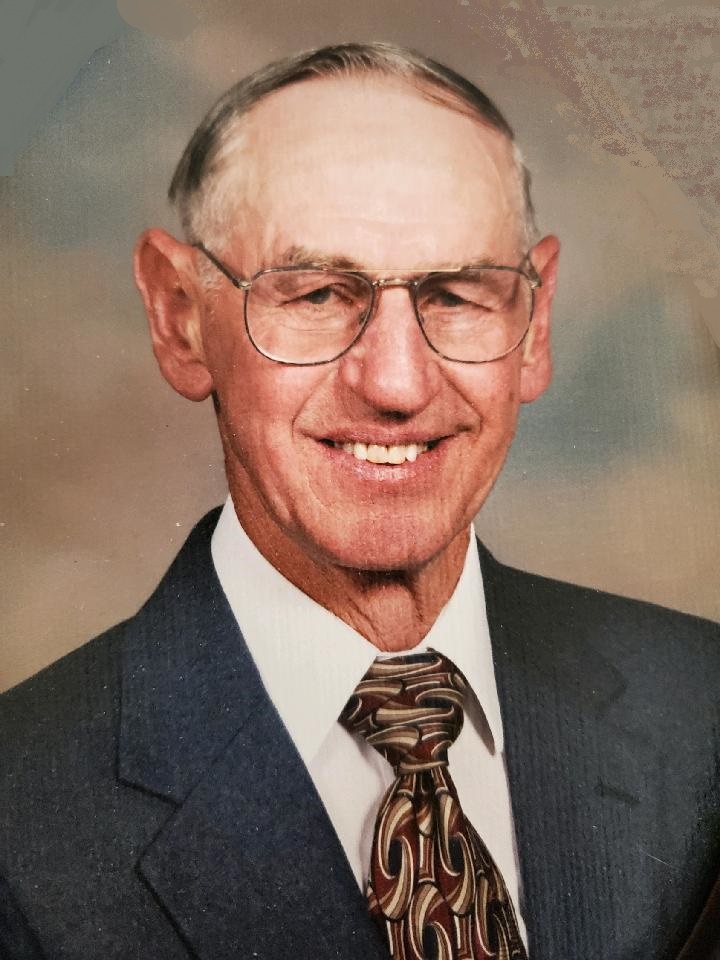 Robert William Kampschneider was born on November 20, 1926 to Lorenz and Elizabeth (Knust) Kampschnieder in West Point.  He grew up on the farm in Cuming County and attended Sacred Heart Academy at Olean.  On July 24, 1951, Bob married Antoinette Spenner at St. Mary’s Catholic Church in West Point.  The couple farmed near Dodge before moving to West Point in 1953.  They returned to Dodge in 1956 and began enjoying retirement in 1993.

Bob was a member of St. Wenceslaus Catholic Church, Catholic Order of Foresters, and 3rd Degree Knights of Columbus Council #5439 in Howells.  He also served on the board of directors for the Dodge Coop.  Bob will be remembered as a quiet and kind man who was devoted to his family and faith.