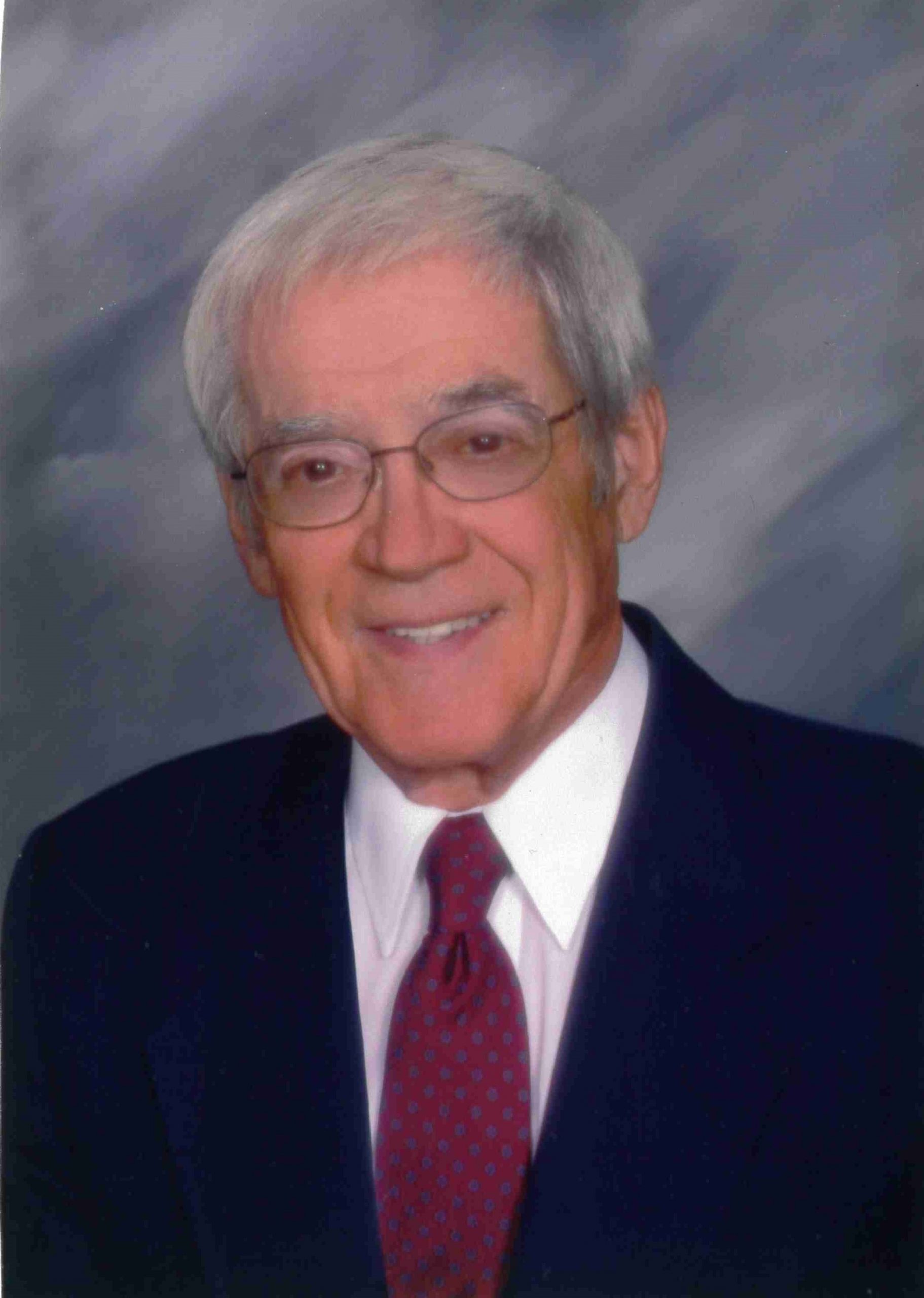 Robert Dickerson “Dick” Moodie, was called home by his savior, Jesus Christ on July 21, 2021 in Lincoln, Nebraska. He died peacefully, attended by family and trusted caregivers.  Funeral Service will be 10:30am on Wednesday, July 28 at Trinity Church in West Point with Rev. Priscilla Hukki officiating.  Burial will be at Mount Hope Cemetery with lunch following at the church hall.  Visitation with family present will be Tuesday from 5:00pm to 7:00pm at Stokely Funeral Home in West Point.

Dick was born on April 5, 1927 in West Point, Nebraska, the son of Robert R. and Clara Dickerson Moodie. He attended West Point Public High School, graduating in 1945. After a brief service in the US Navy, he studied at the University of Nebraska in Lincoln, receiving both B.A. and J.D. degrees. In 1952 he returned to West Point where he joined his father and uncle, P.M.Moodie, in the practice of law and on June 13, 1953 he married the love of his life, Jane Radaker, on a very hot day in Wayne, Nebraska.

Dick was a third generation lawyer. His firm was founded by his grandfather in 1885. His legal career lasted 65 years until his retirement in 2017 at the age of 90. In the course of that career he served as both Cuming County Attorney and the City Attorney for West Point. He volunteered in numerous professional organizations including NCLE Inc, the Legal Ethics Advisory Committee and 9th Judicial District Bar Association. He was selected as a “Fellow” in both the American Bar Foundation and the Nebraska Bar Foundation.

Dick was a member of Trinity Church, the American Legion, Lions Club, Masonic Lodge, Sesostris Shrine Temple, the West Point Chamber of Commerce and the John G. Neihardt Foundation. He was a “regular” in the courthouse, at Husker games, on the golf course and in the coffee shops on Main Street.

Dick was preceded in death by both of his parents and his two sisters Mary (Eugene) Wood, and Elizabeth (William) Prather. He is survived by his wife of 68 years, Jane Moodie, daughter, Pam (Eric) Schindelar, son, Robert R. (Pam) Moodie and three grandchildren, Elizabeth (Ted) Hewitt, Samuel Moodie and Scott (Katie) Schindelar.

He will be remembered as a loving and devoted husband and father who spent his life serving others. He leaves this world a better place.

Funeral arrangements will be by Stokely Funeral Home in West Point, Nebraska. Recommendations for Memorial contributions include Trinity Church, The West Point Community Foundation and The Franciscan Healthcare Foundation in West Point.