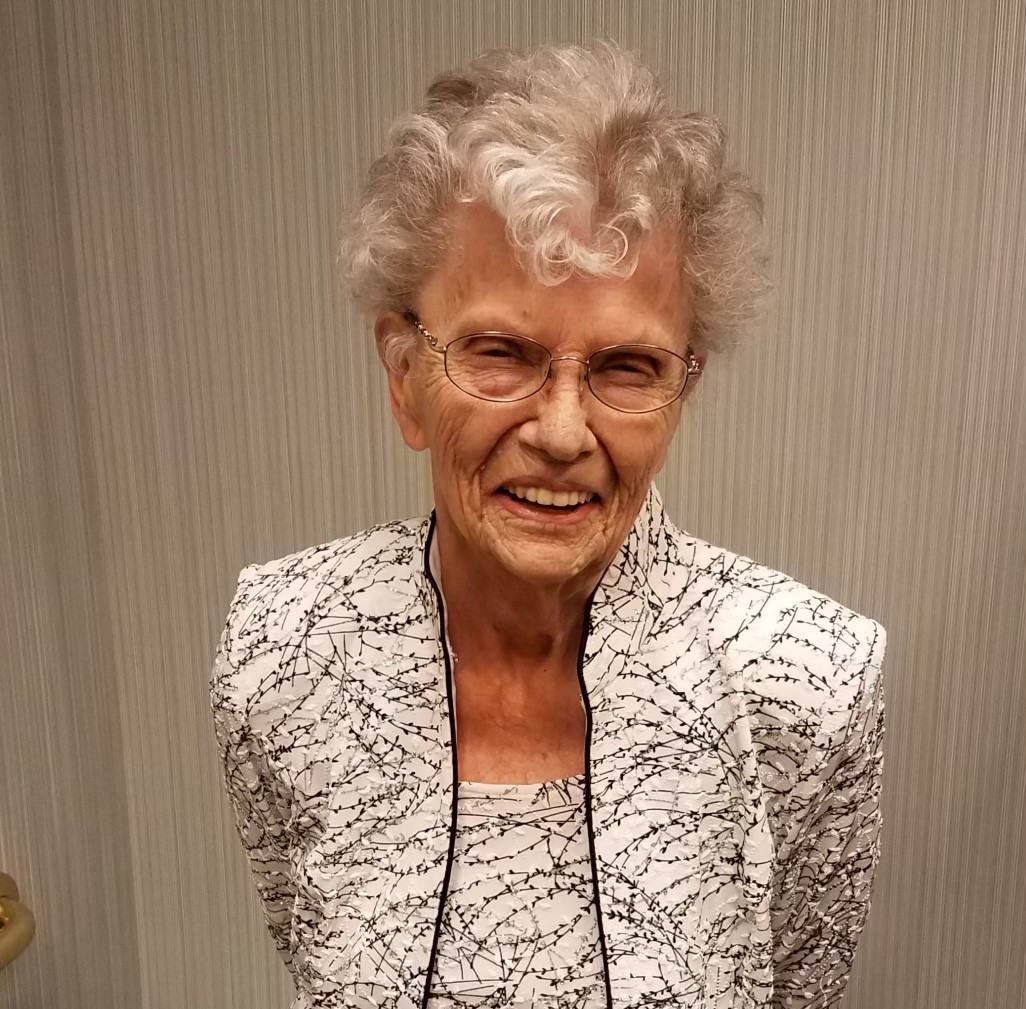 Mary M. Grovijohn was born on July 9, 1930 to Herman and Marie (Dueling) Fischer in Wisner.  She was born on a farm south of Wisner and later moved to West Point.  On May 2, 1950, Mary married Rudolph Grovijohn at St. Mary’s Catholic Church in West Point.  The couple farmed near Dodge before moving to town in 1981.  Mary worked at Parkview Home in Dodge.

Mary was a member of St. Wenceslaus Catholic Church where she was a rosary leader and president of the Altar Society.  Mary lived at St. Joseph’s Hillside Villa and was an advocate for the residents at the Villa.  She loved to play cards and could be found going for a walk or tending her garden.  Mary was a big fan of high school sports and the Huskers.  Her faith and love of family were the pillars of her life.