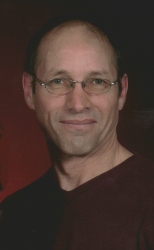 Mark Kreikemeier, 55, of rural North Bend, died Friday, October 30, 2015 at his home. Funeral Mass will be 10:30am Tuesday, November 3 at St. Charles Borromeo Catholic Church in North Bend with Reverend Keith Rezac as celebrant. Burial will be at Woodland Cemetery with lunch following at the church fellowship hall. Visitation will be Monday from 3:00pm to 6:00pm with a Vigil Service at 6:00pm all at church. A memorial has been established with later designation by the family. Mark James Kreikemeier was born on February 5, 1960 to Frank and Alvina (Knust) Kreikemeier in West Point. He attended school in Dodge. On June 11, 1983, Mark married Tammy Birchem at St. Boniface Catholic Church at Monterey. The couple moved to their home at rural North Bend in 1989. Mark worked for Cargill and Broekemeier Construction until his health wouldn’t allow. He was diagnosed with bladder cancer in 2010 and with mesothelioma in 2012. Mark was a member of St. Charles Borromeo Catholic Church. He enjoyed fishing and camping, and one of his favorite outdoor destinations was Oklahomam.ark was an avid Husker fan and relished time with his family. Survivors include his wife, Tammy, of North Bend; daughters Carla (Josh) Eberhardt of Fremont and Chelsea (Adam) Ortmeier of Lincoln; sons Cory (Tisa) of Bennington, Christopher (Alicia) of Neola, IA, Cody (Alysia) of West Point, Craig (fiancé Cassandra Koeppe) of North Bend, and Luis (Karley) Castro of Lincoln; grandchildren Brayden, McKenna, Cohen, Landyn, Grayson, Jazelle, and Zayne; sisters Mary Lou (Steve) Nielsen of Snyder, Carol (Jim) Praest of Dodge, and Dorothy (Bob) Whited of Gretna; brothers Ronald (Linda) of West Point, Norbert (Nancy) of Dodge, John (Mary Pat) of Scribner, Raymond (Rosie) of North Bend, and Kenneth of Rogers; and mother-in-law Joan Birchem of Columbus. Mark is preceded in death by his parents, sister-in-law Mary Jo Kreikemeier, and father-in-law Leonard Birchem.