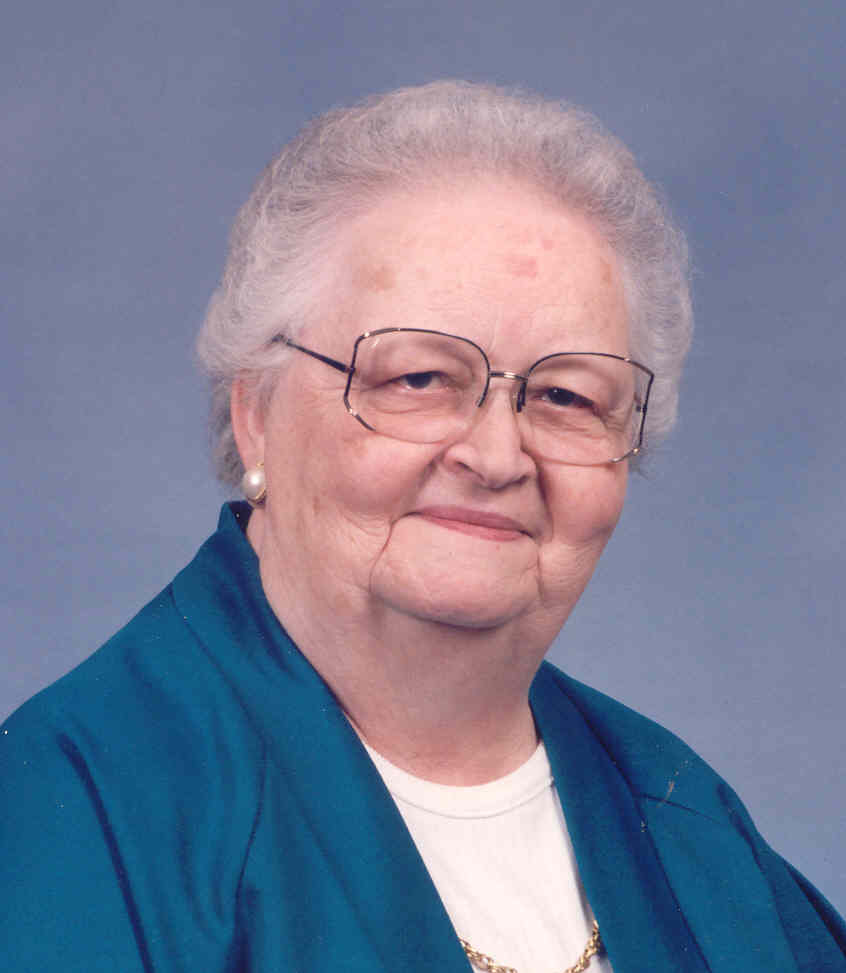 Marian Means, 91, of West Point, died Saturday, March 2, 2013, at Scribner Good Samaritan Center. Memorial service will be 11:00am Saturday at Grace Lutheran Church with Vicar Emily Johnson officiating. Private burial is at Mount Hope Cemetery in West Point. Memorials may be directed to Grace Lutheran Church. Marian was born on March 20, 1921, in West Point, Nebraska, to Andrew Lars and Bettie Dorothea Frederikson Simonson. She attended West Point Elementary School and West Point High School, graduating in 1939. On May 16, 1941, Marian married Walter Kenneth Means and to this union was born two children, Judy and Gary Means. Marian retired from Cuming County in 1985 after many years of service and was a lifelong member of Grace Lutheran Church in West Point. Marian is survived by her daughter, Judy McDaniel of Corvallis, Oregon; daughter-in-law, Kathy Means of Omaha, Nebraska; two grandchildren, Matthew Means of Omaha, Nebraska and Lori Means of Omaha, Nebraska; four great-grandchildren, Caitlin Means, Tyler Means, Jacob Means and Brynn Means, all of Omaha, Nebraskam.arian will also be fondly remembered by her beloved nieces and nephews, as well as many other relatives and friends. Marian is preceded in death by her parents; her two brothers, Warren Lyle and Howard Elmer, and their spouses; her husband, Walter, in 1993; her son, Gary, in 2010; and her son-in-law, Paul McDaniel in 2011.