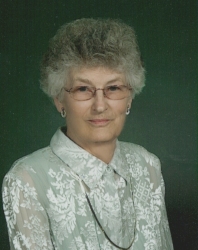 Lorraine Buchholz, 86, of West Point, died Tuesday, July 14, 2015 at the West Point Living Center. Memorial service will be Saturday, July 25 at 11:00am at Grace Lutheran Church with Reverend Chris Meier officiating. Burial will be at a later date. Memorials may be made to the Sunshine Senior Center or Grace Lutheran Church. Lorraine Hattie Buchholz was born on August 21, 1928 to Rudolph and Hattie (Ackerman) Kleeman on a farm west of West Point. At ten years of age, she moved with her family from their farm to the house her grandparents built where she lived for 76 years. She was confirmed by W. A. Klink on March 29, 1942 at Grace Lutheran Church. Lorraine graduated from West Point High School in 1946. On November 4, 1951, she married Theodore Buchholz at Grace Lutheran Church. They welcomed three children into their lives when they had daughter, Susan, and sons, Terry and Roger. Lorraine was a long time employee of the Gambles store in West Point and was involved in the West Point Women’s Club and many various church groups. She joined the Cuming County Historical Society in 1976 where she served as secretary/treasurer for 15 years. Lorraine enjoyed sewing and craft projects and stayed busy with the quilting group at Grace Lutheran Church. Lorraine spent countless hours researching her family tree. She enjoyed learning about our ancestors and how their lives and histories were an important part of her family. She was thrilled to have both her daughter and granddaughter wear her wedding dress when they were married. Lorraine enjoyed spending time with her family most of all. Lorraine will be forever missed by her husband, Theodore’Ted,’ of West Point, daughter Susan (Jeff) Meyer of Chaska, MN; sons Terry and Roger (Sally) Buchholz all of Lincoln; grandchildren Shannon (Mike) Dmoski of Las Vegas, NV, Zak Meyer of Omaha, and Kevin (Nicole) Meyer of Aurora, CO; great-granddaughter Eisley Jane Meyer of Aurora, CO; and sister-in-law Orletha Kleeman. Lorraine is preceded in death by her parents, and siblings Algarda Boyer, LaDell Miller, and Dean Kleeman. Visit Lorraine’s living obituary at www.forevermissed.com/lorraine-buchholz