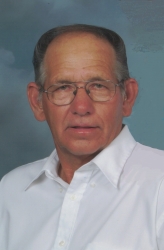 LeRoy was a member of St. Mary’s Catholic Church. He enjoyed polka music and was a member of the polka band ‘Triple S’ with his brother Bob Schuetze and Ron Schulzkump. LeRoy was known for his 1965 GTO that was one of the fastest cars in the area. As an avid outdoorsman, he could be found hunting, fishing or camping. LeRoy also enjoyed going to the casino with Joan, and they made a few trips to Laughlin, NV to have fun. Most of all, he loved to spend time with his children and grandchildren. LeRoy had a great sense of humor and was always ready with jokes, interesting stories, or helpful advice.

LeRoy is survived by his wife, Joan, of West Point; sons, Randy (Connie) Schuetze of Fremont and Ricky Schuetze of Crete; daughter, Victoria Voss of Tekamah; and grandchildren, Amber (Allen) Sampsell, Jordan Schuetze, and Shailey, Tiffany, Brittany, Kailey, and Emily Voss. He is preceded in death by his parents; wife, Diane, in 2000; granddaughter, Alaina; and brother, Robert.