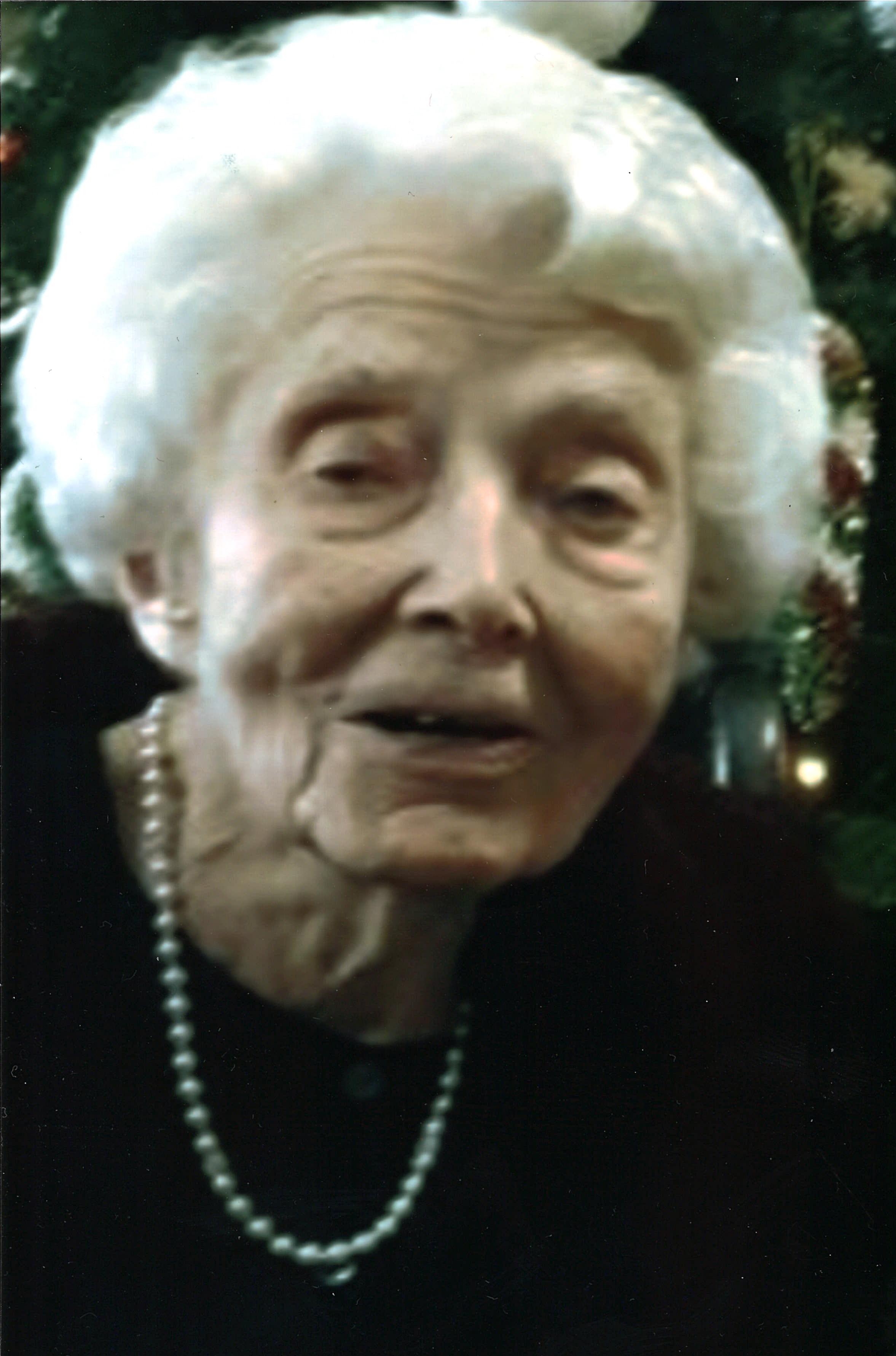 Elizabeth Mary Ernesti, age 100, of West Point, died Friday, August 7 at Saint Joseph’s Hillside Villa in West Point.  Funeral Mass will be 10:30am on Tuesday, August 11 at St. Mary’s Catholic Church in West Point with Rev. Steve Emanuel as celebrant.  Burial will be at St. Aloysius Catholic Cemetery with lunch following at the Native 32 Winery near Aloys.  Visitation with family present will be Monday from 5:00pm to 7:00pm with a vigil service at 7:00pm at St. Mary’s Catholic Church.  Seating for the funeral mass and vigil service will be socially distanced by household and masks will be required.  The funeral will be live streamed on the Stokely Funeral Home Facebook page at facebook.com/stokelyfuneralhome.  A memorial has been established.  Arrangements by Stokely Funeral Home.

Elizabeth was born on the Groene farm south of Aloys on December 12, 1919 to Ferdinand and Margaret (Stieren) Groene.   She was baptized in the Catholic faith and attended St. Aloysius Catholic School in Aloys.  On April 16th, 1941, Elizabeth married Henry Ernesti at St. Aloysius Church.  They owned a farm south of Aloys, where they raised their family.   Elizabeth was a homemaker and tended to her farm chores, raising chicken and ducks, milking cows and canning fruits and vegetables from her orchard and garden.  Elizabeth and Henry retired in 1967, then moved to West Point.  After moving to town, Elizabeth worked at Saint Francis Memorial Hospital as part of their kitchen staff.

Elizabeth’s husband, Henry, passed away April 23, 2001 after celebrating 60 years of marriage.  In 2003 Elizabeth moved to Saint Joseph’s Retirement Community in West Point, where she lived for 11 years; she then moved to Parkview Home in Dodge for several years after that.  Elizabeth again moved to Saint Joseph’s Hillside Villa, where she enjoyed celebrating her one hundredth year birthday with her family and many of her friends.

Elizabeth will be missed by her family and her many nieces and nephews, who showed her lots of love with their visits while living at the Hillside Villa.