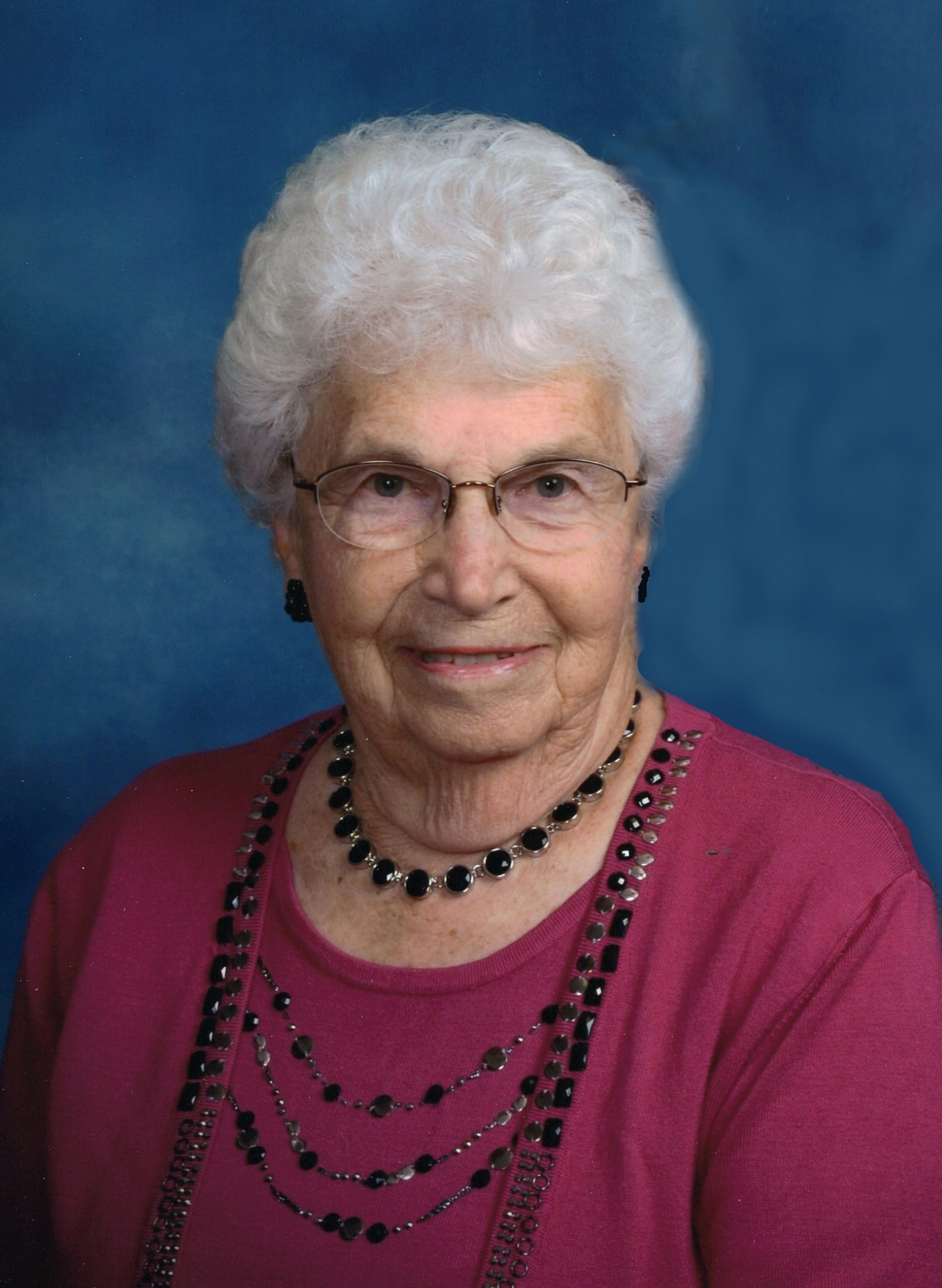 Dolores Marie Dirkschneider was born on August 19, 1930 to Frank and Mary (Pieper) Kroenke in rural Dodge.  She attended St. Joseph’s Catholic Church and graduated from Dodge Public School.  On September 7, 1948, Dolores married Quintin Dirkschneider at St. Joseph’s Catholic Church in Dodge.  The couple farmed south of Snyder where they raised cattle, hogs, and chickens.  She was very involved in the farming operation with Quintin. Dolores had worked as a “hired girl” for new parents in her youth.  She also worked at Kaup Poultry Processing in Snyder.

Dolores was a member of St. Leo’s Catholic Church where she served as president and member of the St. Leo’s Guild.  Dolores was an excellent cook and was famous for her fresh baking – especially kolaches.  She enjoyed embroidery work and sewing as her pastime.  Dolores and Quintin enjoyed their retirement by taking long car trips and tours with their friends across the country.  They had many happy memories of those days.