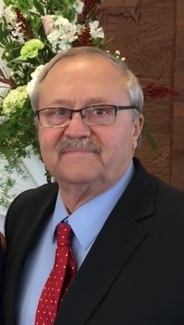 Curtis Stecher, 68, of Dodge, died Saturday, December 12, 2020 at Methodist Fremont Health.  Funeral Mass will be 10:30am on Thursday, December 17 at St. Wenceslaus Catholic Church in Dodge with Rev. Mark McKercher as celebrant.  The funeral will be live streamed on the Stokely Funeral Home Facebook page at facebook.com/stokelyfuneralhome.  Burial will be at St. Wenceslaus Cemetery with lunch following at the church hall.  Visitation with family present will be Wednesday from 5:00pm to 7:00pm with a vigil service at 7:00pm at St. Wenceslaus Catholic Church.  Memorials may be made for future designation by the family.  Arrangements by Stokely Funeral Home.

Curtis was an avid baseball fan with his favorite team being the New York Yankees.  Patriotism and the 4th of July holiday kindled his love of fireworks.  When he wasn’t working on his 1969 Cutlass, Curtis looked forward to every moment he spent with his grandchildren.