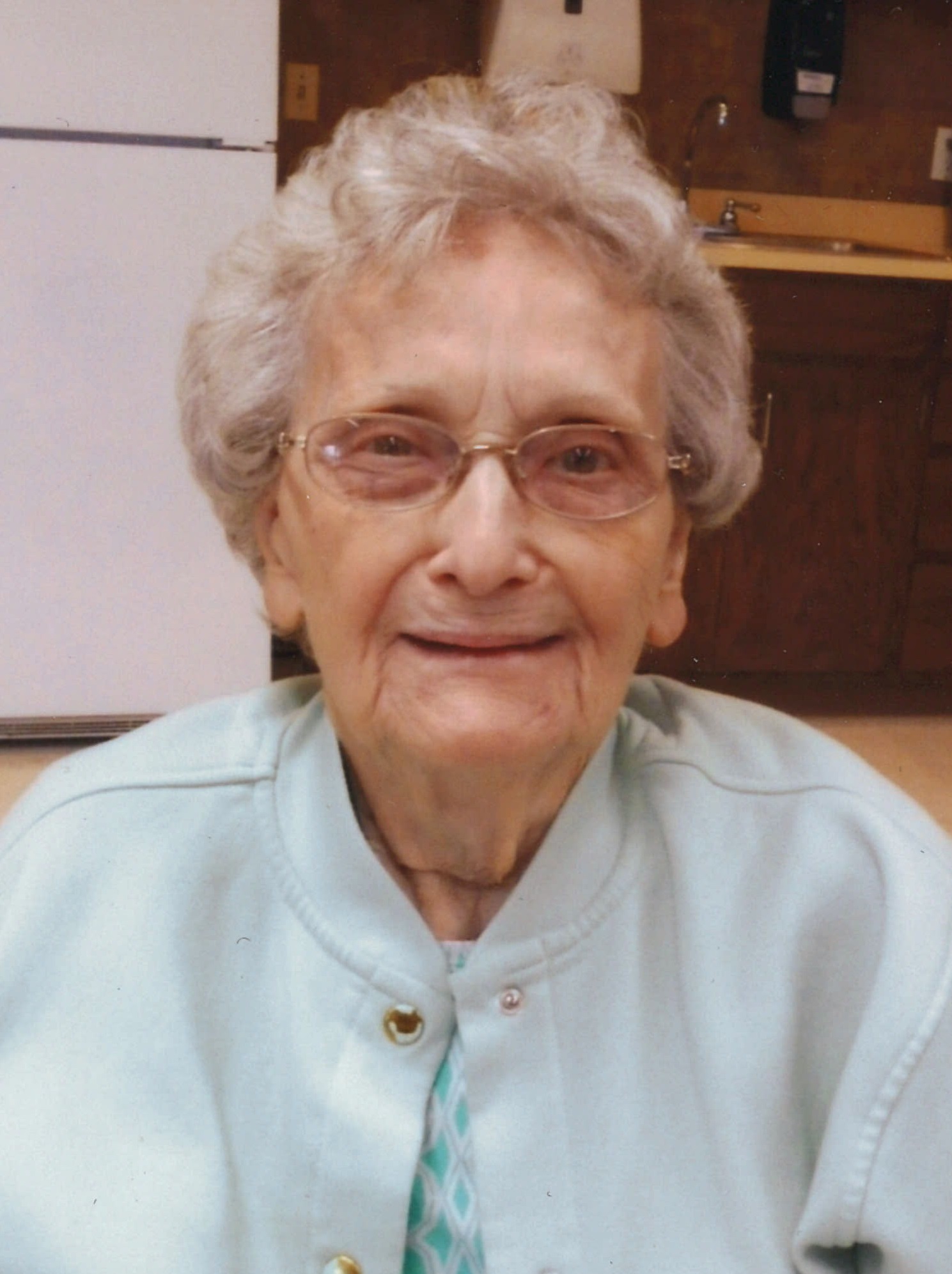 Arlene A. Hegemann was born on November 20, 1926 to Anton and Anne (Maliha) Fendrick on the family farm near Wilson.  She attended Langley Country School and worked for her brothers at the Bissel General Store.  On November 20, 1947, Arlene married Raymond Hegemann at St. Mary’s Catholic Church at Wilson.  The couple farmed and she raised their eight children.   Arlene moved to Parkview Home in Dodge in 2011.

Arlene was a member of Sts. Peter and Paul Catholic Church, Christian Mothers, and American Legion Auxiliary.  She enjoyed her vegetable garden and tending to her flowers.  Fuzzy navel cake was a favorite treat for Arlene to bake and she may have drank a fuzzy navel or two while doing it.