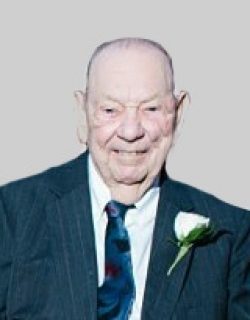 Allan William Miller, 82, of Scribner, passed away at his home surrounded by his family on Sunday, November 15, 2020 following a short battle with bladder cancer. A private family memorial service will be 1:00pm on Sunday, November 22, at United Evangelical Lutheran Church in Scribner with Vicar Bob Ball officiating. The service will be live streamed on the Stokely Funeral Home Facebook at facebook.com/stokelyfuneralhome. Interment will be at Mount Hope Cemetery. Public visitation with family present will be Saturday from 3:00pm to 6:00pm at Stokely Funeral Home in West Point. Masks are recommended at the visitation. Memorials may be made to United Evangelical Lutheran Church or Scribner Fire and Rescue. Arrangements by Stokely Funeral Home.

Allan was born on May 14, 1938 on the family farm near Bancroft to Delbert August Henry and Viola Anna (Andresen) Miller. Allan grew up on the family farm north of West Point and was baptized and confirmed at St. Paul’s Lutheran Church in Bancroft. He graduated from West Point High School in 1956 as the Salutatorian of his class. On November 22, 1959, Allan married Betty Ann Schulzkump at Grace Lutheran Church in West Point.

In 1959, shortly before his marriage to Betty, he was employed as a manager at Council Oak in West Point. In 1965 the couple moved to Fremont and purchased a standard station, named it Miller Standard until 1971. He moved his family back to his hometown of West Point where they purchased Dunns Liquor Store.  In 1976 they moved their family to Scribner where they purchased The Loft Bar. In 1986, the couple ventured to Tekamah and purchased and managed AB’s Mini Mart until they retired in 1996. During their retirement, Allan and Betty enjoyed 20 years of traveling throughout the United States and Canada as part of an RV Club and enjoyed their winters in the southern states before returning to Scribner in 2016.

He is preceded in death by his parents and a brother, Larry Miller and brother-in-law Tom Stine.