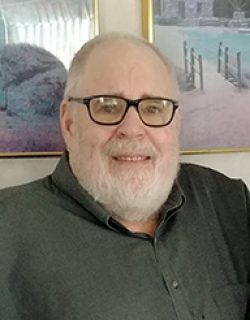 Gary Lynn Wiese was born on June 30, 1953 to Leonard ‘Slim’ and Evelyn (Meier) Wiese in West Point. He attended country school near Wisner and graduated from Wisner-Pilger High School in 1971. After attending Wayne State, Gary worked for Borgelt Feedyard near Wisner. On August 17, 1979, Gary married Betty Muellenbach at St. Mary’s Catholic Church in Marytown, WI. He owned and operated Gary Wiese Hay Grinding and Hauling for 37 years – retiring in 2016.

Gary was a member of Christ Lutheran Church where he served on the church council. Baseball was one of his favorite pastimes.

Gary is survived by his wife, Betty of Wisner; daughter, Jennifer of Fremont; and brother, Jerry (Debra) Wiese of Randolph. He is preceded in death by his parents.