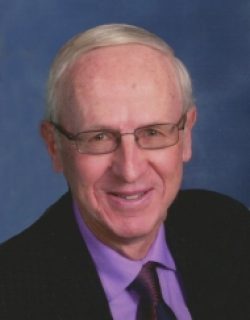 True to His promise, Jesus our Savior came on May 19, 2019 to take the soul of Stan Giese, 76, of West Point, to be with him at rest until Judgment Day when all believers will be called to their heavenly home. Funeral service will be 10:30am on Wednesday, May 22 at St. Paul Lutheran Church in West Point with Reverend Richard Bringewatt as officiant. Lunch will follow the service at the church hall. Visitation will be Tuesday from 12:00pm to 7:00pm with family receiving friends from 5:00pm to 7:00pm at Stokely Funeral Home in West Point. Memorials may be made to St. Paul Lutheran Church or St. Paul Lutheran School in West Point. Arrangements by Stokely Funeral Home. Stanley Harold Giese was born November 26, 1942 to Arnold and Dorothy (Heinemann) Giese in West Point. He grew up on the family farm south of West Point and attended District 52 School until the 6th grade. He attended 7th and 8th grade at St. Paul Lutheran School and graduated from West Point Public High School in 1960. Stan worked various jobs including pumping gas for Rasmus Oil and working construction for Terry Saner. On November 22, 1970, Stan married Linda Peters at St. John’s Ridgeley Lutheran Church – rural Scribner. The couple lived on the family farm and Stan worked for Paus Motors Sales detailing cars. In 1985, Stan began bringing his extra produce to the farmers market and in 1988 Giese Organic Gardening was born. He had been a staple at the farmers market ever since. Stan was a member of St. Paul Lutheran Church where he has held almost every position. He was a big supporter of the Cuming County Fair including organizing the St. Paul Lutheran Church food stand, supervising the Cuming Township fair stand, and entering flowers into the fair competitions. Stan also had an extensive collection of art by Cuming County artists. He loved to be outdoors surrounded by nature and enjoyed being a conservationist for the local wildlife. Stan is survived by his wife, Linda, of West Point; daughter, Micki (Jeff) Iverson of Lincoln; son, Matt (Melissa) of Kansas City, KS; grandchildren, Chase and Ainsley Giese and A. J. and Alec Iverson; and sisters, Judy (Melvin) Fehrer of West Point and Peggy (Ken) Johnson of Casper, WY. Stan is preceded in death by his parents.