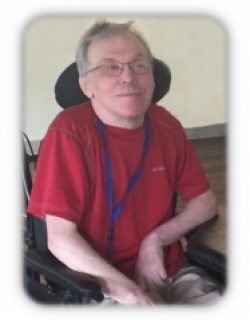 Robin Rush, 63, of Beemer, formerly of West Point, died Tuesday, August 7, 2018 at Colonial Haven in Beemer. Graveside service will be 1:30pm on Friday, August 10 at Mount Hope Cemetery with Reverend Les Parmenter as officiant. Lunch will be provided after the service. Visitation will be Thursday from 12:00pm to 6:00pm at with family receiving friends from 3:00pm to 5:00pm at Stokely Funeral Home in West Point. Visitation will continue on Friday from 9:00am to 12:00pm at Stokely Funeral Home. Memorials may be made to Colonial Haven. Stokely Funeral Home is in charge of arrangements. Robin Joe Rush was born on March 23, 1955 to Glenwood and Anita (Wickert) Rush in West Point. He graduated from West Point Public High School in 1974 and went on to attend the University of Nebraska Omaha. Robin had a fascination with electronics which led him to Gateway Electronics School in Omaha. He moved to Washington state where he managed a variety of fast food chains before returning to Nebraska. In West Point, Robin founded the restaurant’Rush Inn’ and an electronic repair shop. He continued to work until 1995 when his health no longer allowed him to. Robin is survived by his brother, Gary of West Point; half-brother, Tom Johnson of Gig Harbor, WA; and aunt, Gwen (Tom) Rush Lindell of San Clemente, CA. Robin is preceded in death by his parents, Glen Rush and Anita Johnson.