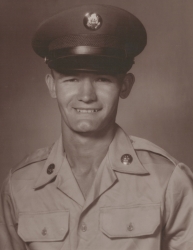 Richard Suva, 72, of Dodge, died Saturday, April 7, 2018 at his home near Dodge. Funeral Mass will be 10:30am on Monday, April 16 at St. Wenceslaus Catholic Church in Dodge with Fr. An Duy Phan as celebrant. Burial with military honors will be at St. Wenceslaus Cemetery with lunch following at the church hall. Visitation will be Sunday from 4:00pm to 7:00pm with a Vigil Service at 7:00pm all at church. Memorials may be made to St. Wenceslaus Catholic Church. Stokely Funeral Home is in charge of arrangements. Richard Rudolph Suva was born on May 8, 1945 to Rudolph and Marcella (Pinker) Suva in West Point. He grew up on a farm northeast of Dodge attending school at St. Wenceslaus before graduating from Dodge High School in 1963. He was drafted into the United States Army where he served in Germany as an airplane mechanic. Richard returned to the family farm where he fed cattle and did other seasonal work. Richard was a member of St. Wenceslaus Catholic Church and Dodge American Legion where he was Past Commander. Survivors include sister, Mary Jane (Ted) Rosenthal of Columbus; nieces, Donna Zach and Stephanie Blockheel; nephews, Randy, Scott, and Ryan Rosenthal and Jeremy Suva; and great nieces. He is preceded in death by his parents and brother, Ronald (Linda) Suva in 2016.