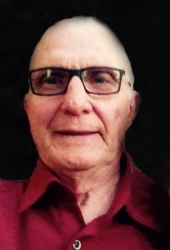 Wayne W. Meier, 79, of Beemer, passed away peacefully at Colonial Haven on June 21, 2017 after a short illness with cancer. Memorial service will be Tuesday, June 27, 2017 at 4:00pm at Holy Cross Catholic Church in Beemer. Memorials may be made to Holy Cross Catholic Church. Wayne donated his body to the Anatomical Board of Nebraska. Stokely Funeral Home in charge of arrangements. Wayne William Meier was born on January 9, 1938 to Hilbert and Hattie (Schnoor) Meier in West Point. Wayne spent his life in Snyder, West Point, Omaha, and Beemer. While in Omaha, he was an owner and operator of a printing company. One of Wayne’s passions was working with troubled youth. Because of this, he became very active in CASA for Douglas County which trains members of the community to help out and mentor those children. Wayne also loved history and was involved in various projects to help bring history to life in Nebraska. After moving to Beemer, Wayne became a member of Holy Cross Catholic Church. Wayne is survived by his wife, Jean Humlicek Meier of Beemer; children, Elizabeth (Joe) Jones, John (Michelle) Meier, and Molly (Rick) Brady all of Omaha; and grandchildren, Haley and Sydney Jones, Max and Thomas Meier, and Alec (Kate), Jeffrey, and Mallory Brady.