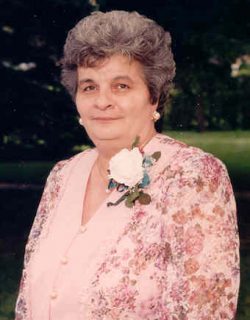 Kay Goodell Hoffman of West Point, died June 12, 2012 at West Point Living Center. A memorial service will be held at 10:30 am. on Thursday, June 14, 2012 at St. Paul Lutheran Church in West Point. Burial at a later date at Mount Hope Cemetery. A memorial has been established. Stokely Funeral Home of West Point in charge of arrangements. Kay was born in Omaha on September 25, 1946. She was adopted by Leslie and Dorothy Goodell of Norfolk and graduated from Norfolk High School. Kay married Merlin Hoffman on April 21, 1968 at Grace Lutheran Church in West Point. Following her husband’s death in 1982, Kay worked at the nursing home, operated Kay’s Cleaning Service, cooked at IBP and baked at Casey’s, all in West Point. Kay is survived by her sons Jeff of Fremont, Larry of Norfolk, daughter Julie (John) Groth of Beemer, and son Gary of West Point, grandchildren Nathan, Megan, Rachel and Katie Groth of Beemer. She was preceded in death by her parents, husband, infant daughter Karen Kay and brother Ray.