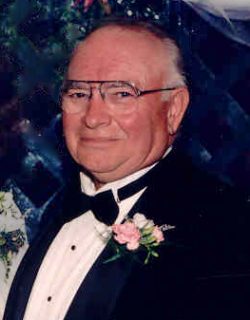 Walter Broekemeier, 81, of West Point, died Monday, May 28, 2012, at Norfolk Veterans Home in Norfolk. Services will be at 10:30 am, Thursday May 31st at Stokely Funeral Home with Pastor Ray Libby officiating. Burial with Military Honors at Mount Hope Cemetery. Visitation will be from 9:00 am to 8:00 pm Wednesday May 30th with family receiving friends from 6:00 pm to 8:00 pm at Stokely Funeral Home. Memorials may be made to the Elkhorn Valley Assembly of God building fund. Walter Frederick Broekemeier was born June 28th, 1930, at Beemer, NE to William F. and Wilhemina K. (Bischoff) Broekemeier and attended rural schools in Beemer and Bancroft through 8th grade. In 1946, he moved to West Point with his parents and did carpentry until drafted in the Army, serving in the Korean War. Being discharged Honorably in 1954. He married Shirley Bradfield May 8, 1955, at Immanuel Lutheran Church, in Beemer. Walter continued as a building contractor and added Broekemeier Homebuilders Showcase in 1980. He retired in 1995. Walter enjoyed camping, Branson, music, horses, visiting, singing in the choir and spending time with his family. Walter was a loving father & husband who cherished being there for his loved ones. He was also a lifetime member of the V. F. W. Survivors include wife Shirley, children Rick & (Marti), David & (Cindy), Joyce & (Robert), Amy: grandchildren, Ashley, Brianna (Cody), Carly, Desirae, Derek (Molly), Jordon, Jason, Kelsi (Alex), Katie, Lockland, Lucas, Amber, Cassie; brothers, Willie, Gerhardt, along with nieces, nephews, and other family members. He was preceded in death by his parents, son Roger daughter-in-law Robin, and sister-in-laws Alieta & Mae.